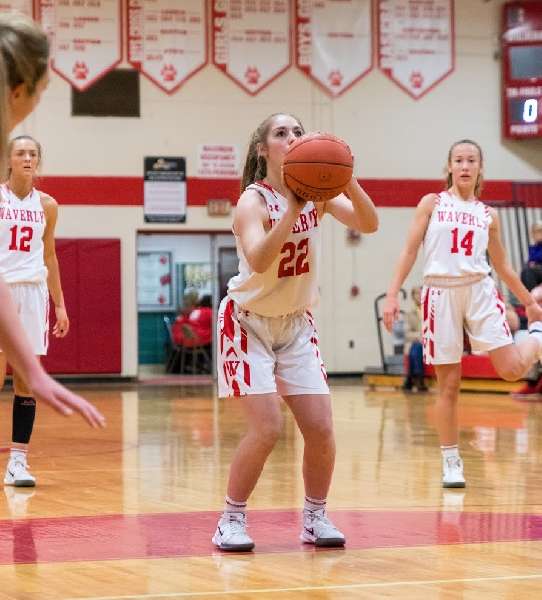 DESPITE SLOW START, WAVERLY CRUISES IN 57-19 ROUT OF S-VE

WAVERLY — Waverly started very slowly, but put it together over the final three quarters and cruised to a 57-19 win over S-VE here Tuesday night in IAC South girls basketball action.

The Lady Wolverines were held to two points in the first quarter — a pair of free throws by sophomore Olivia Nittinger — and trailed 4-2, but junior Sidney Tomasso poured in 11 points in the second quarter to fuel a 14-2 blitz that gave them a 16-6 lead at the half.

Tomasso pumped in 10 points, including a pair of 3-pointers, in the third quarter, junior Morgan Adams canned a 3-pointer and scored six points, and Nittinger added a 3-pointer to lead Waverly in a 23-10 run that pushed the Waverly lead to 39-16 entering the final eight minutes.

Six different Waverly players put their name in the scorebook in the fourth quarter in an 18-3 blitz that put the game away.