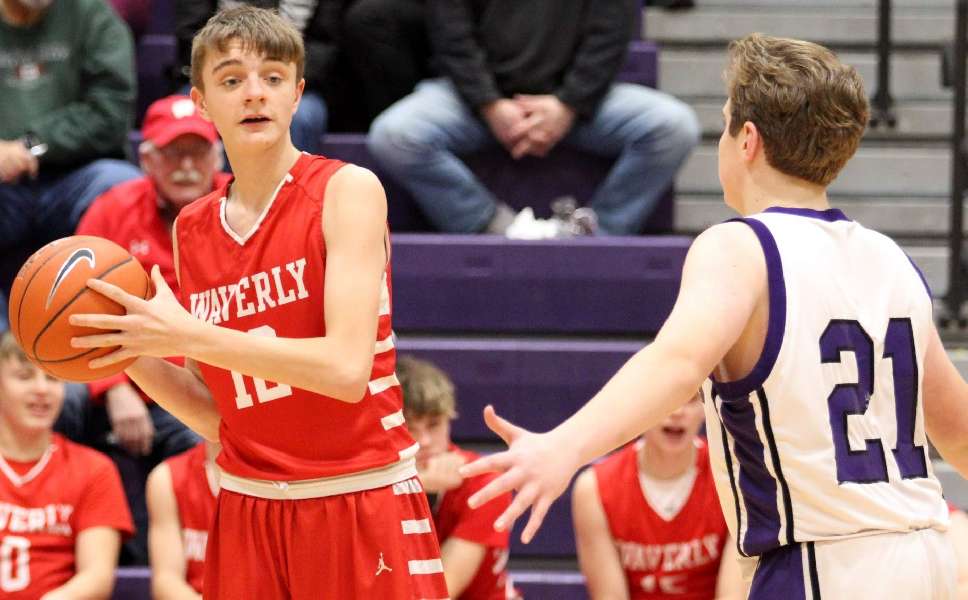 Davis Croft scored four points in the second quarter, and Tyler Talada knocked down a 3-pointer in a 14-6 spurt that gave the junior Wolverines a 36-11 lead heading into the final eight minutes.

Waverly stretched its lead to 46-17 heading into the final eight minutes, then closed out the game with a 13-5 run, fueled by four points by Isaiah Bretz, and 3-pointers by Croft and Liam Traub.

Bretz, who was 3-for-3 from the field, scored seven points in the win, while Liam Traub had six points on a pair of 3-pointers, Nalen Carling added five points, 11 rebounds, six steals, three assists, and Nate DeLill chipped in with four points, and Declan Murphy grabbed five rebounds.