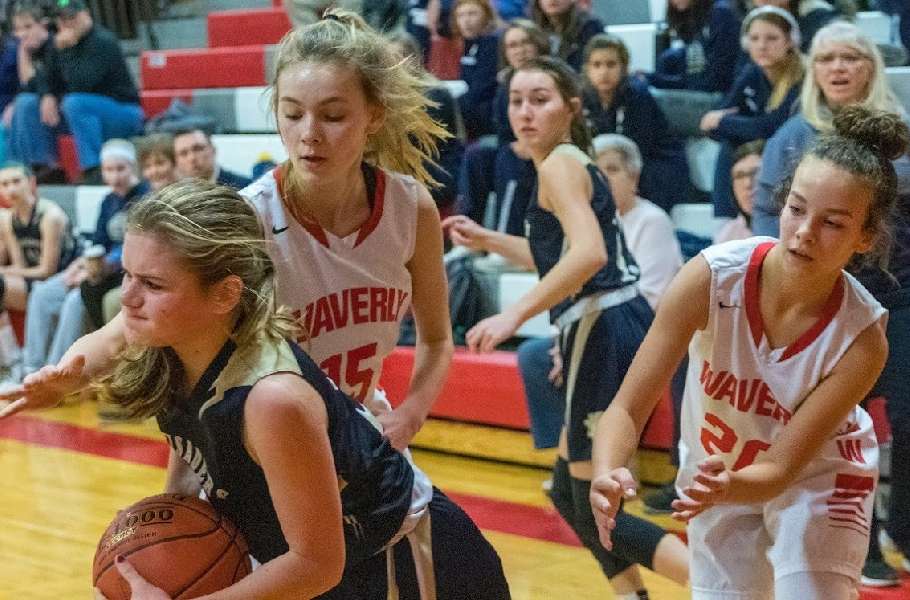 Addison Westbrook knocked down a 3-pointers with 1:41 remaining in the first quarter to give Waverly a 10-5 lead, and spark the decisive run.

About a minute later, Peyton Shaw knocked down a 3-pointer, and Alyvia Daddona scored with 2 seconds left in the first quarter to give Waverly a 15-5 lead.

Waverly stretched its lead to 21-5 with 1:26 left in the first half on a pair of free throws by Westbrook, who also drained a 3-pointer with 8 seconds remaining to give the junior Lady Wolverines a 24-7 lead at the halftime intermission.

Westbrook scored four points in the third quarter, and four of her teammates added a bucket as Waverly stretched its lead to 36-16 entering the final eight minutes.