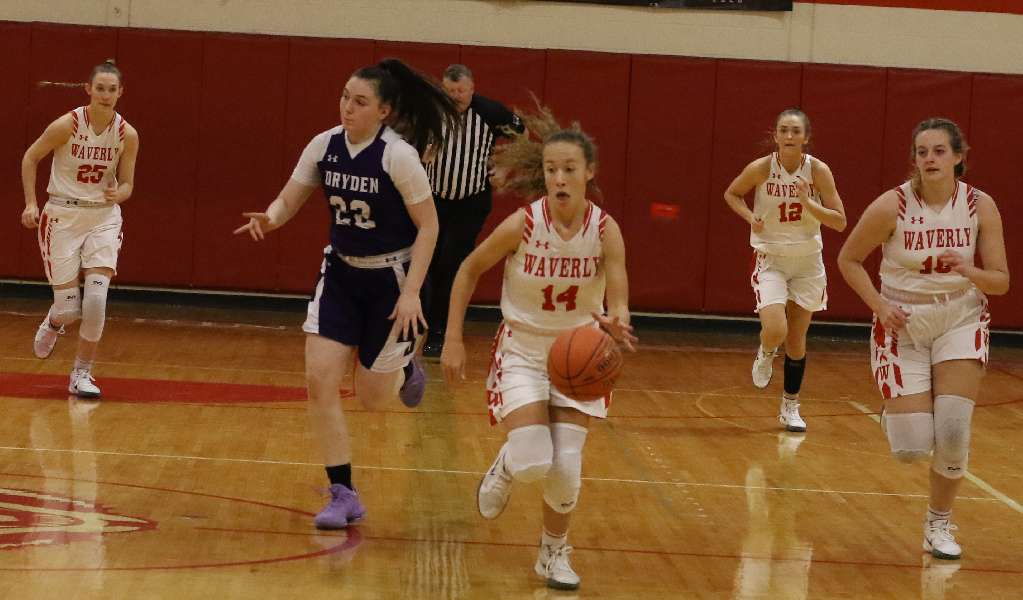 Junior Sidney Tomasso scored 11 points in the first four minutes of the game, and freshman Kennedy Westbrook added four to help the Lady Wolverines to a 19-0 lead with 4:07 remaining in the first quarter.

Dryden got on the board with a free throw by Lauren Gullni with 2:08 remaining in the first quarter.

The Lady Purple Lions trimmed the deficit to 19-4, but senior Gretchen Sowle, and Westbrook drained 3-pointers in the final minute to give Waverly a 25-4 lead at the end of the first quarter.

Eight different Lady Wolverines put their name in the scoring column in a 17-4 second quarter run that extended their lead to 42-8 at the half.