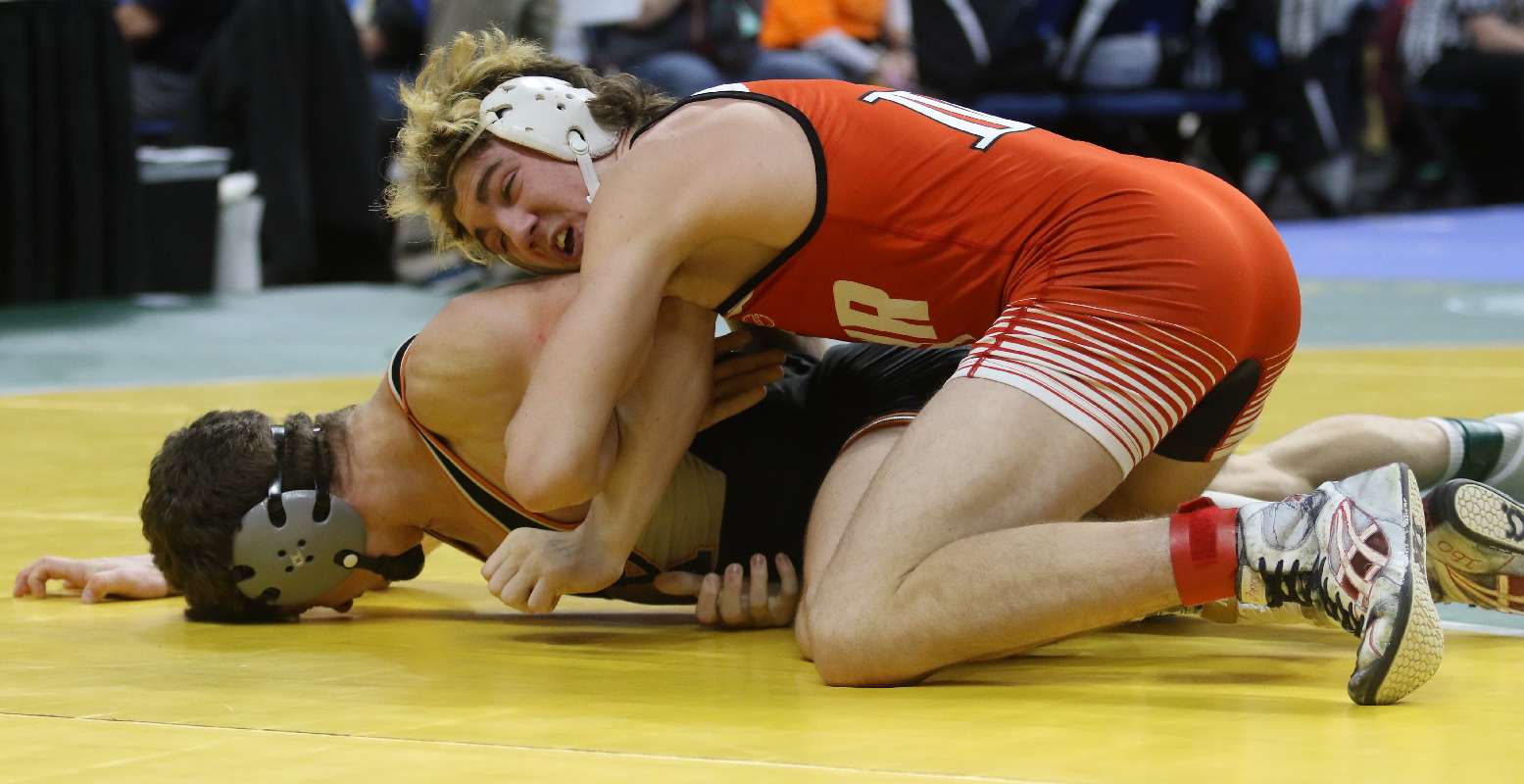 STOTLER FALLS IN SEMIS; BATTLES BACK FOR FOURTH PLACE AT STATES

ALBANY — Waverly senior Ethan Stotler dropped a hard-fought decision in the semifinals, but bounced back for a fourth-place finish here Saturday afternoon in the 160-pound bracket at the New York State Division 2 Championships at the Times-Union Center.

“I am super-proud of Ethan,” said Waverly coach Devan Witman. “He came in here with a goal, and we didn’t quite get there, but that doesn’t take anything away from this tournament.

He did an awesome job (Friday), and he did a good job today.

“Ethan had an amazing season, and a great career, especially considering where he came from in 7th- and 8th-grade,” added Witman. “To place fourth here, in one of the toughest weight classes, is just awesome.”

Stotler, the 11th seed, dropped a 4-1 decision to second-seeded Eden senior Giovanni Schifano, in a match shrouded by a bit of controversy.

Schifano scored a takedown midway through the first period to take a 2-0 lead, and rode out the final 57 seconds of the period.

Schifano chose bottom to start the second period, and twice Stotler was penalized one point for an illegal slam on a mat return to extend Schifano’s lead to 4-1

Witman disagreed on both calls.

“It’s not a trapped arm if you don’t lock your hands,” said Witman. “The first time, he never left his feet, and (the official) called it an illegal slam, even though he returned him the way you’re suppose to. But, his head slapped off the mat and made it look worse than it was. I think that’s why they got the call.

“The second time is was a full-on lift and return to the shoulder, it wasn’t on top of the head,” he noted. “Everything was legal.

“Obviously the officials did not agree with me, and there’s nothing I could do about it, but I thought it was a poor job of officiating,” Witman added.

Witman notes it wasn’t just about the two points.

“It’s a huge change in the dynamics of the match,” he said. “It’s 4-0, instead of 2-0, and now we’re questioning whether we go top or bottom. It changes everything.”

Schifano rode Stotler for the majority of the third period, before the Waverly senior escaped for his only point in the match.

“(Schifano) was certainly tough on top,” said Witman. “If you’re going to wrestle at this level, you have to be able to get off the bottom.

“And, things certainly weren’t going our way with the calls,” he added.

In the consolation semifinals, Stotler ran into sixth-seeded Justin Smith of Marcus Whitman / Penn Yan. Stotler pinned Smith in 5:33 in the opening round.

After a scoreless first period, Smith scored a takedown 15 seconds into the second period, Stotler reversed him 25 seconds later to make it 2-2.

Stotler chose bottom to start the third period, and finally shook free from Smith with 6 seconds remaining for a 3-2 win.

“Ethan kept working hard on the bottom, and finally got his point,” said Witman.

In the third-place match, fifth-seed Andrew Englerth, who was 49-0 prior to a semi-final loss to top seed Jacob Null of Dolgeville, dominated Stotler in an 18-3 technical fall in 3:43.

“(Englerth’s) counters were on-point in that match,”” said Witman.

“Ethan got deep in on legs, and instead of following through, he was pulling back, and (Englerth) was able to suck in underhooks and take Ethan to his back three times,” added Witman.

Stotler wrapped up his senior season with a 44-3 record, and finished his career with 177 wins.

“It’s been him, to rebuild this program,” said Witman. “We get a lot of compliments on how far we’ve come, but really Ethan has to take a lot of that credit because he stuck with us when he was the only returning wrestler.

“He continued to get better year in, and year out,” added Witman. “Kids are going to follow that, he was a leader on our team for four years.”