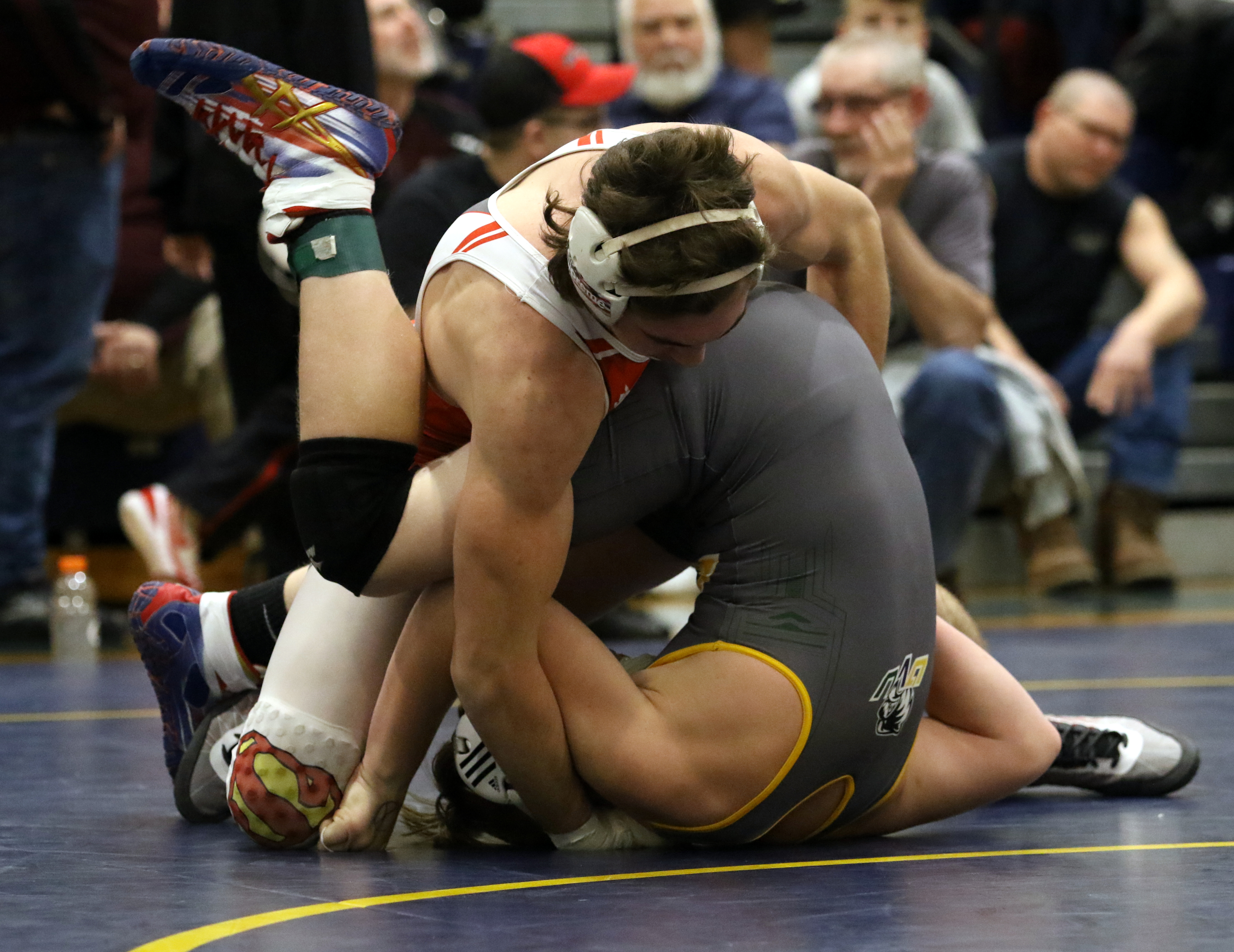 Burnt Hills, a Division I program from Section II, won the team title with 208.5 points, despite not having an individual champion, edging out runner-up BGAH by two points. Chenango Forks finished third with 142.5 points, while Section III Carthage was fourth with 139.5 points, and fifth-place Athens tallied 128.5 points. Waverly tallied 96 points.

After registering a pair of falls Friday night, Stotler advanced to the finals with a 47-second fall over Unadilla Valley-Unatego’s Jarrett Thayer in the semifinals.

In the finals, Stotler forged a 9-3 decision over Sherburne-Earlville’s Morgan Lakin, who reached the finals with three first-period pins.

At 152 pounds, Austin Kimble, who reached the semifinals with a pair of pins Friday night, forged an 11-1 decision over Duanesburg-Schoharie’s Shayne Chiofalo to advance to the finals.

In the title match, Chenango Valley’s Cole Volpe pounded out a 14-5 major decision over Austin Kimble.

At 132 pounds, Garrett Skeens lost via fall to Burnt Hills’ Sam Lindberg in the semifinals, but bounced back with back-to-back first-period pins to finish third.

At 170 pounds, Meyers fell into the consolation bracket with a loss via first-period fall to Carthage’s Thomas Albright in the semifinals.

In the consolation semis, Meyers dropped a 9-0 major decision to Athens senior Alex West, but he bounced back in the fifth-place match with a 9-6 win over Oneonta’s Mateo Goodhue.

In other consolation bracket action:

At 113 pounds, Waverly freshman Mason Ham opened the day with a pin of Cobleskill-Richmondville’s John Oldorff in 2:53, but was eliminated by fall in the second round by BGAH’s Jose Bivar.

At 126 pounds, senior Rylan Laforest was eliminated in his first match, a 5-4 loss to BGAH’s Dylan Decker.

At 138 pounds, sophomore Cole Stanton lost via fall to Cooperstown’s Logan Kantor in his first bout of day.

At 160 pounds, sophomore Andrew Kimble lost via first-period fall to Cooperstown’s Henry Loeffler in his first bout of the day.

At 182 pounds, freshman Gage Tedesco was eliminated via fall by Saugerties’ Graeme Knisell in his first match of the morning.

At 285 pounds, senior Trent Skeens lost via fall to Susquehanna Valley’s Brian Titus in the opening round of wrestlebacks.