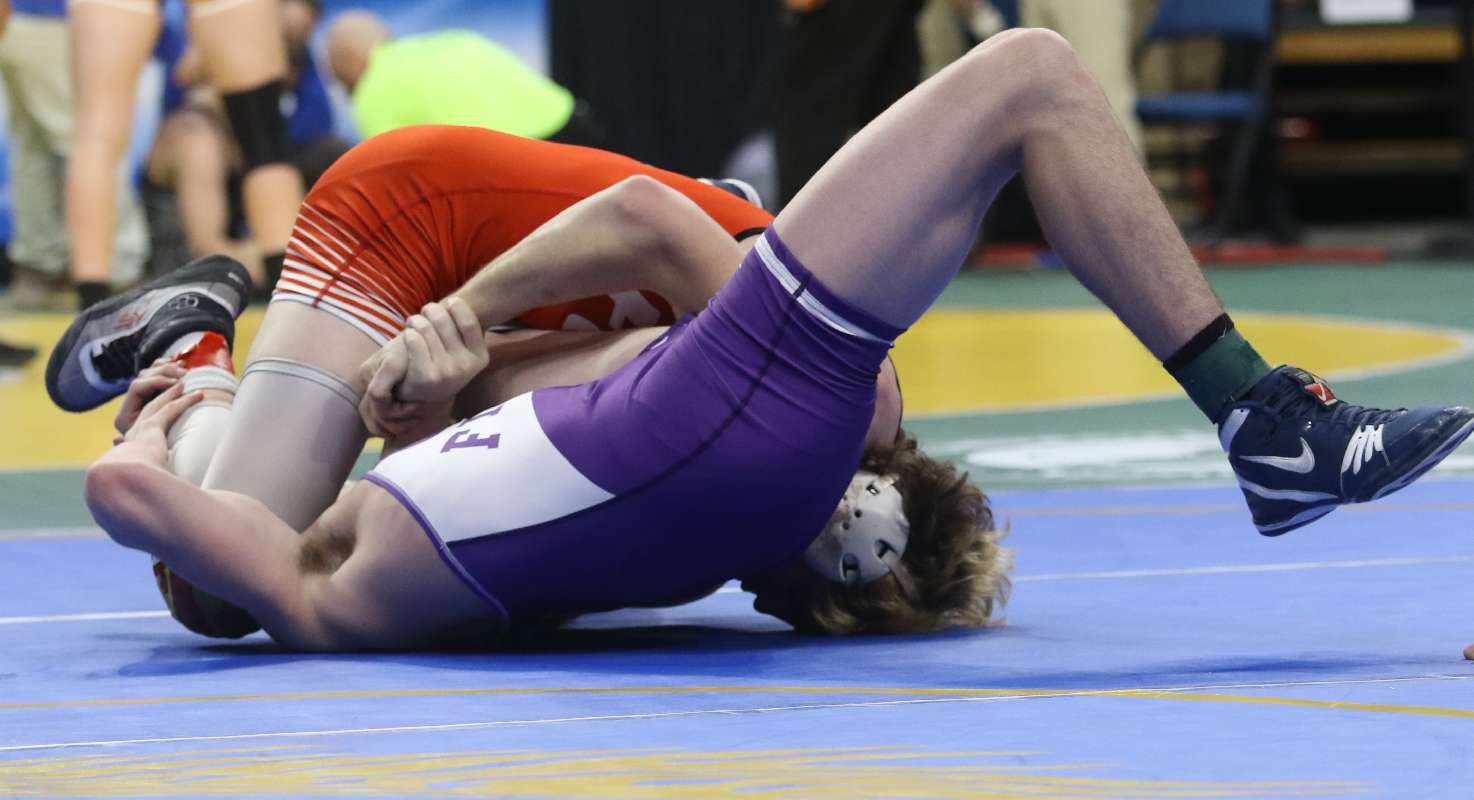 ALBANY — Waverly senior Ethan Stotler had faith in his cradle, and it paid off in a third-period pin of Marcus Whitman / Pen Yan senior Justin Smith in the opening round of the 160-pound bracket here Friday morning at the New York State Division 2 Championships at the Times-Union Center.

Smith, the sixth seed, scored a pair of first-period takedowns, and another midway through the second period to build a 6-1 lead.

Stotler, the 11th seed, scored a reversal with just 3 seconds remaining in the second period to trim the deficit to 6-3, and that seemed to spark the Waverly senior.

“He has incredible grit, you can never count him out,” said Waverly coach Devan Witman.

Stotler chose down to start the third period, and scored an escape to make it 6-4. Just nine seconds later, he scored on a double-leg takedown to tie the bout at 6-6, but was whistled for a “locked hands” violation to give Smith a 7-6 lead with 1:09 remaining.

Stotler chose not to cut Smith loose, instead he cinched up his cradle for a fall with 28 seconds remaining.

“Give credit to him, I asked him if we should take it back to the feet when we were down one … cut him to go down two and look for the takedown, but he shook his head no and said, ‘I’m gonna pin this kid,” and that’s exactly what he did,” said Witman.

“He knew where he was at, and where he’s at his best,” added Witman. “He had a minute to work and go after it, and he got it done.”

Witman noted the cradle is somewhat new to Stotler’s arsenal.

“He has really developed that move in the last year-and-a-half. He started working on it last year .. he’s doing a great job with it.

“His arms are so long, and he’s put in so much time in the weight room,” said Witman.

“Those arms are like anaconda coming around your neck,” added Witman. “I’ve been in that position, and it’s not pleasant.