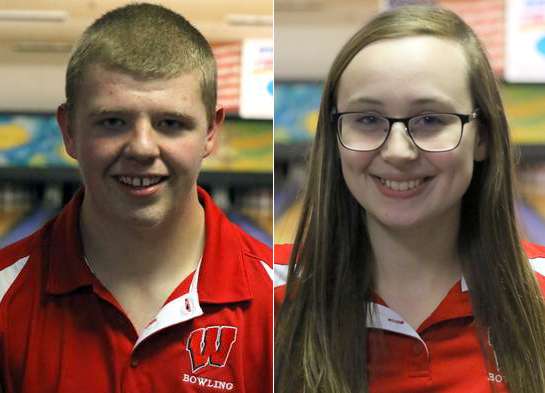 Sophomore Cody Blackwell shot a 548 series for Waverly, while senior Derrick Canfield rolled a 531, junior Matt Mauersberg had a 513, freshman Ashton Pritchard added a 465, and sophomore Richard Stevens tacked on a 335.

Eddy Pietrasz, who leads the IAC in average, paced the Purple Lions with a 579 series, and Evan Becraft added a 534.

GIRLS
Waverly 4, Dryden 0
Senior Mackenzie Plouse rolled a 512 series, including a 233 in the second game, to lead Waverly to a 4-0 over the Lady Purple Lions, whose lone bowler was sick and did not bowl.

Freshman Victoria Houseknecht shot a 473 for the Lady Wolverines, while senior Megan Lee had a 405, senior Morgan Lee had a 387, freshman Shantilly Decker added a 362, and senior Sadie VanAllen tacked on a 316.