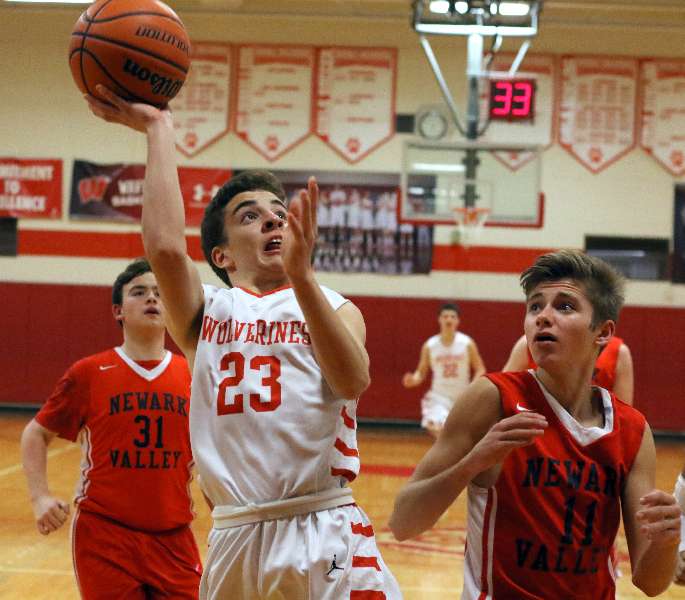 With the win, Waverly improves to 13-1 overall, and 8-0 in league play, and clinches a share of the division title.

Newark Valley scored the first bucket of the second quarter, but Waverly answered with 12 straight points to take a 37-5 lead. Blauvelt scored six points, and Landon McCarty and Croft each knocked down 3-pointers in a 16-7 run that pushed the junior Wolverines a 41-10 lead at the half.

Jay Pipher scored Waverly’s only two points of the third quarter, as NV trimmed the deficit to 43-15 entering the final eight minutes, but Carling scored seven points in the fourth quarter, and Isaiah Bretz and Brennan Traub added 3-pointers in a game-closing 19-6 run.

Carling led Waverly with 16 points, including a pair of 3-pointers, and 10 rebounds, while Blauvelt scored 13 points, and Croft had 12 points, six rebounds, five steals, and four assists.

Waverly can win the Large School title outright Friday when it travels to Notre Dame.