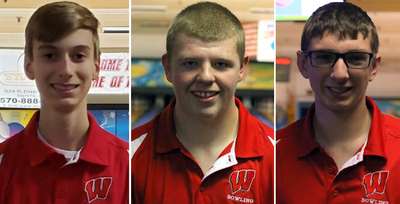 Mauersberg, who had a 592 that carried over from last week’s Class C Championship, rolled series of 652 series, and 660 for a nine-game set of 1,904 to finish 15th in the Division 2 individual standings. Mauersberg missed out on the final spot on the state team by 41 pins.

Freshman Ashton Pritchard, who led the Wolverines with a 598 series last weekend, rolled a 651 series, and rolled two games of 327 for an eight-game set of 1,576.

Freshman Richard Stevens rolled four games for a 726, and freshman Ethan Roberts rolled a 149 in his only game.

The New York State Championships will be held at Strike ’N Spare Lanes in Syracuse March 13-15.