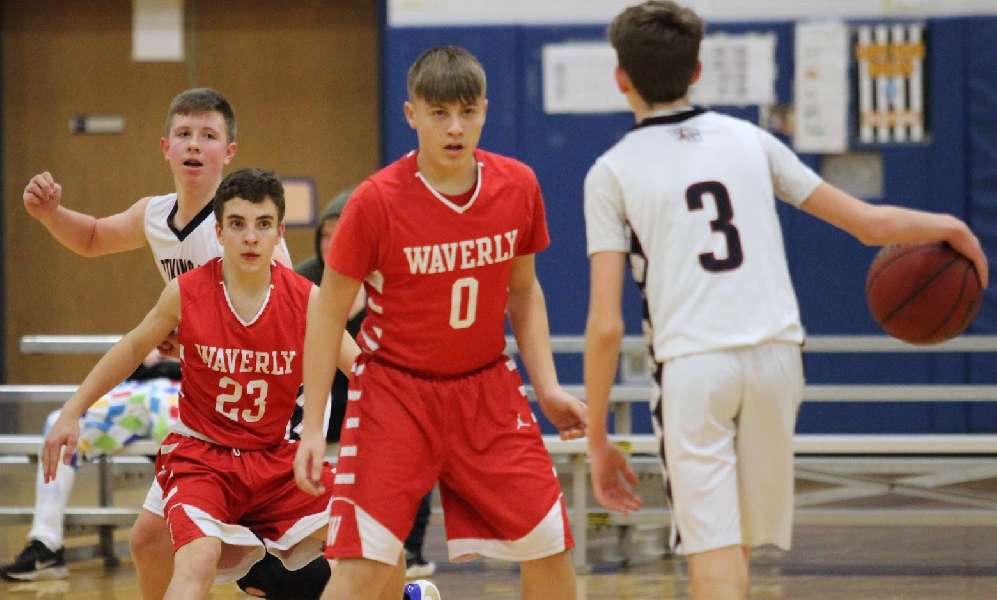 With the win, the junior Wolverines improve to 12-1 on the season, and remain unbeaten, at 8-0, in Large School play. They lead Notre Dame by 3 games with four divisional games remaining, and can clinch Tuesday when it hosts Newark Valley.

Brady Blauvelt and Brennan Traub each knocked down a pair of 3-pointers, and Liam Traub added five points, including a 3-pointer, to fuel a 24-6 first-quarter blitz for Waverly.

Seven different Waverly players put their name in the scoring column in the second quarter, with Davis Croft canning a 3-pointer and scoring five points, his Nalen Carling added four, and Thomas Hand and Liam Traub each drained 3-pointers in a 20-6 run that gave Waverly a 44-12 lead at the half.

The Wolverines outscored the Senecas in the third and fourth quarters, with eight different players scoring.