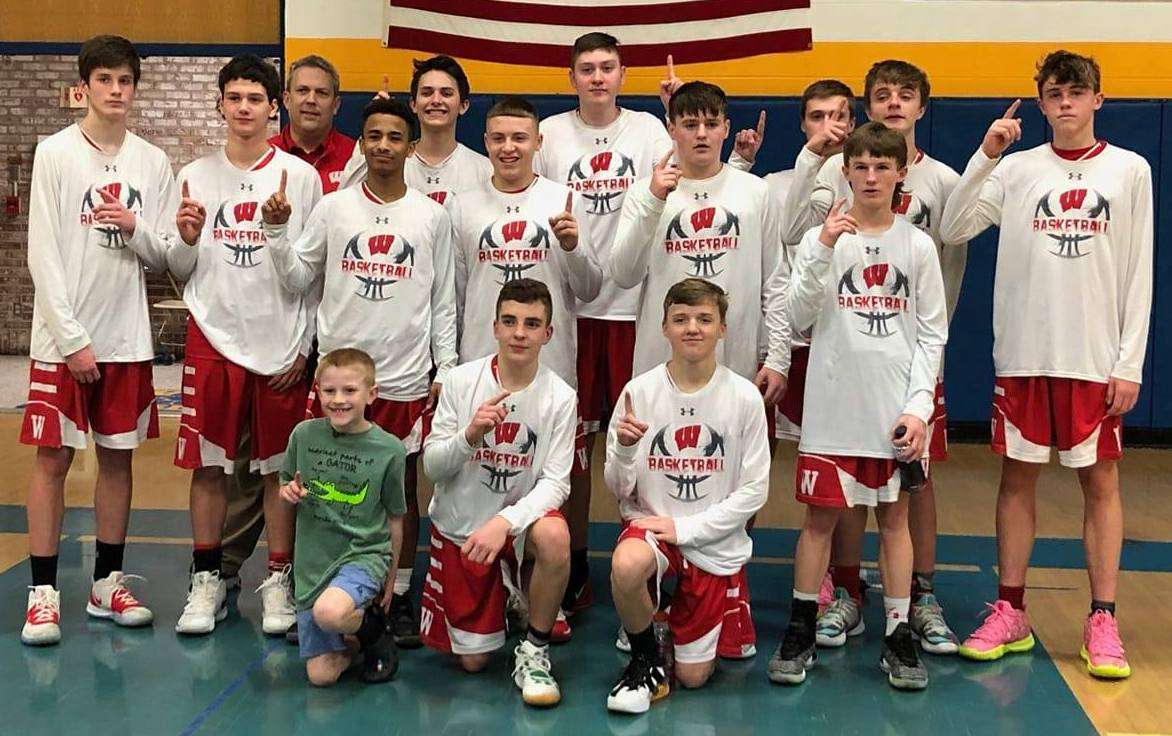 LANSING — Waverly jumped out to an eight-point lead in the first quarter, and pulled away for a 67-46 win over Lansing to win the overall IAC Large School junior varsity boys basketball championship here Friday night.

“As I told my team all season, what made us difficult to defend was you never knew which kid was going to do the damage night in and night out,” said Waverly coach Michael Croft.”

“It took all 13 of us to win this championship, and I am beyond proud of all 13 of them,” added Croft.

Davis Croft buried a pair of 3-pointers in the first quarter, and Nalen Carling added four points to help the junior Wolverines to a 16-8 lead.

Liam Traub converted an old-fashioned three-point play and scored five points in the second quarter, and Croft added another 3-pointer, and Waverly added a point to its advantage, taking a 29-20 lead into the halftime locker room.

Carling scored six points in the third quarter, Brennan Traub added five points, and Croft chipped in with four points in a 19-13 spurt that pushed the Waverly lead to 48-33 heading into the final eight minutes.

Carling pumped in nine points in the fourth quarter, and Brennan Traub added eight points, including a pair of 3-pointers as Wavily added to its lead.

Waverly improves to 18-1 with the win.