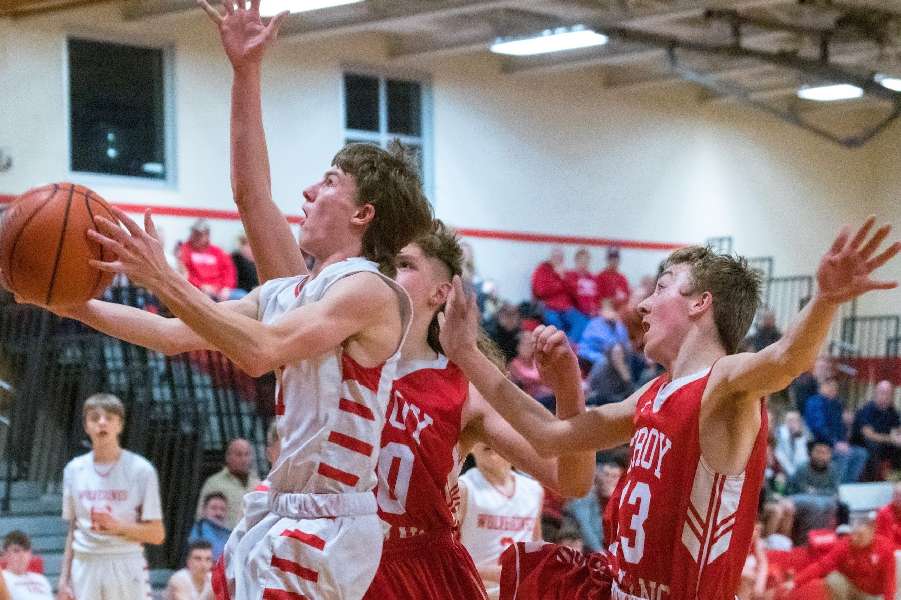 WAVERLY — Waverly outscored Troy by 24 points in the middle two quarters to run away with a 62-31 win over Troy here Tuesday evening in non-league junior varsity boys basketball action.

Liam Traub and Nalen Carling scored four points apiece, and Jay Pipher knocked down a 3-pointer to help Waverly to a 13-8 lead after the first eight minutes.

Liam Traub knocked down a 3-pointer and scored seven points in the second quarter, and Davis Croft and Brennan Traub added five points apiece to fuel a 22-10 run that gave the Wolverines a 35-18 lead at the half.

Croft pumped in 11 points, including a 3-pointer, in the third quarter, while Brady Blauvelt scored five points, and Carling added four points in a 20-8 run that extended Waverly’s lead to 55-26 entering the final eight minutes.

Waverly closes out the regular season Saturday when it hosts Chenango Forks.