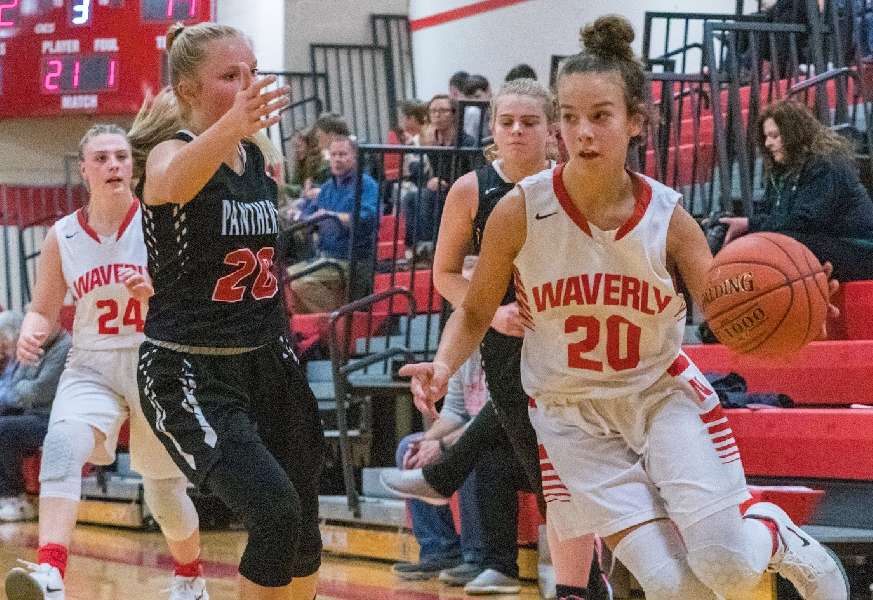 S-VE led 10-8 after the first eight minutes, but the second quarter was all Waverly.

Ashlen Croft scored seven points, while Paige Robinson scored six points, Peyton Shaw added four points, and Addison Westbrook drained a 3-pointers to fuel a 21-6 run that put the junior Lady Wolverines ahead 29-16 at the half.

S-VE trimmed a point off the lead in the third quarter, but still trailed by 12, at 38-26, heading into the final eight minutes.

Alyvia Daddona scored four points in the fourth quarter as Waverly sealed the win with an 8-4 spurt in the stanza.