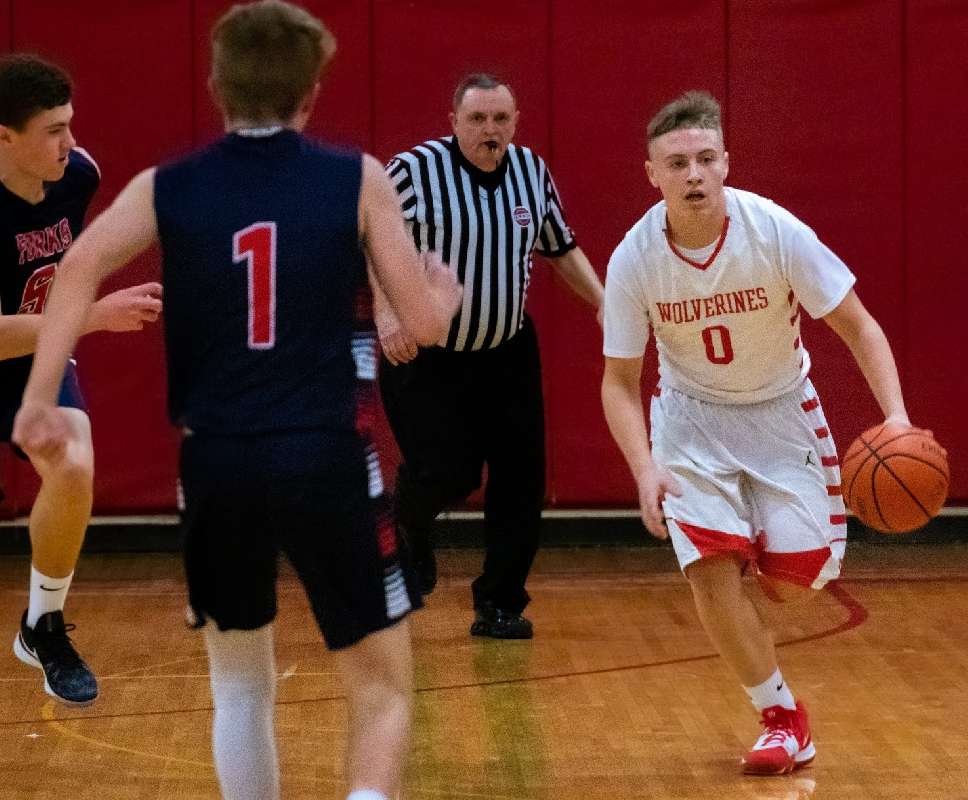 The junior Wolverines end the season at 19-1, and on a 19-game win streak following a season-opening loss at Union-Endicott.

“I’m proud of all my kids,” said Waverly coach Mike Croft. “They all stepped up when needed throughout the season.”

Tyler Talada scored seven points, including a 3-pointer, in the first quarter, and Landon McCarty knocked down a 3-pointer to help Waverly to a 12-10 lead after the first eight minutes.

Brennan Traub canned a pair 3-pointers and scored eight points in the second quarter, while Brady Blauvelt scored six points, and Nalen Carling added four points to fuel a 20-8 run that gave Waverly a 32-18 lead at the halftime intermission.

Davis Croft scored seven points, including a 3-pointer, in the third quarter, and Liam Traub added four, but Forks was able to trim one point off its deficit, and trailed 45-32 heading into the final eight minutes.

Brady Blauvelt scored seven points, including a 3-pointer, in the fourth quarter, while Brady Blauvelt drained a pair of 3-pointers, and Croft connected on a 3-pointer as Waverly closed the game with a 16-10 run in the final stanza.