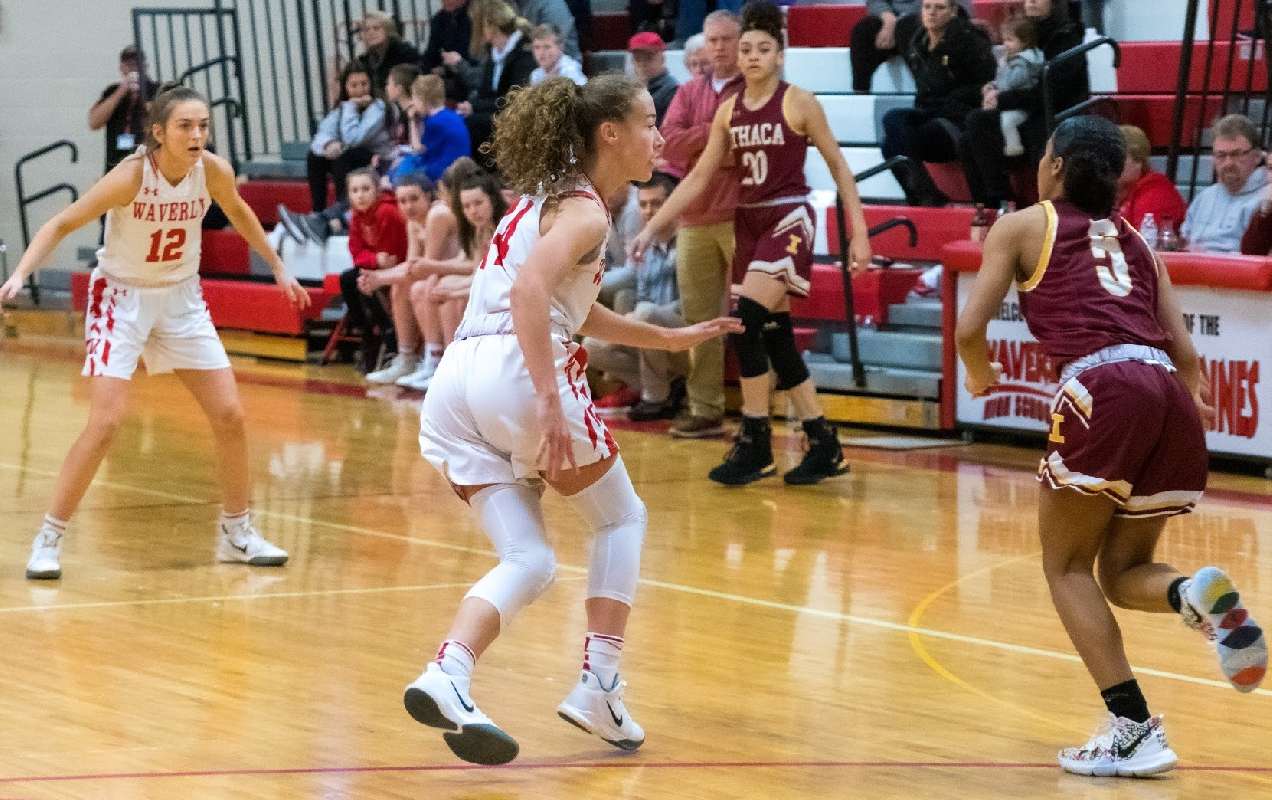 WAVERLY — Waverly turned up the defensive intensity to overcome a slow start in a 65-31 romp over Ithaca here Monday night in non-league girls basketball action.

Trailing 15-9 after the first quarter, the Lady Wolverines allowed just 16 points over the final 24 minutes.

Senior Morgan Adams scored four points in the second quarter to spark a 10-2 run that gave Waverly a 19-17 lead at the halftime intermission.

The Waverly offense kicked into overdrive in the third quarter, sparked by junior Sidney Tomasso, who knocked down four 3-pointers and was 6-for-6 from the free-throw line in a 20-point outburst that fueled a 26-4 blitz. The Lady Wolverines led 45-21 heading into the final eight minutes.

Georgia Haverlock led Ithaca with seven points — all of them in the first quarter.