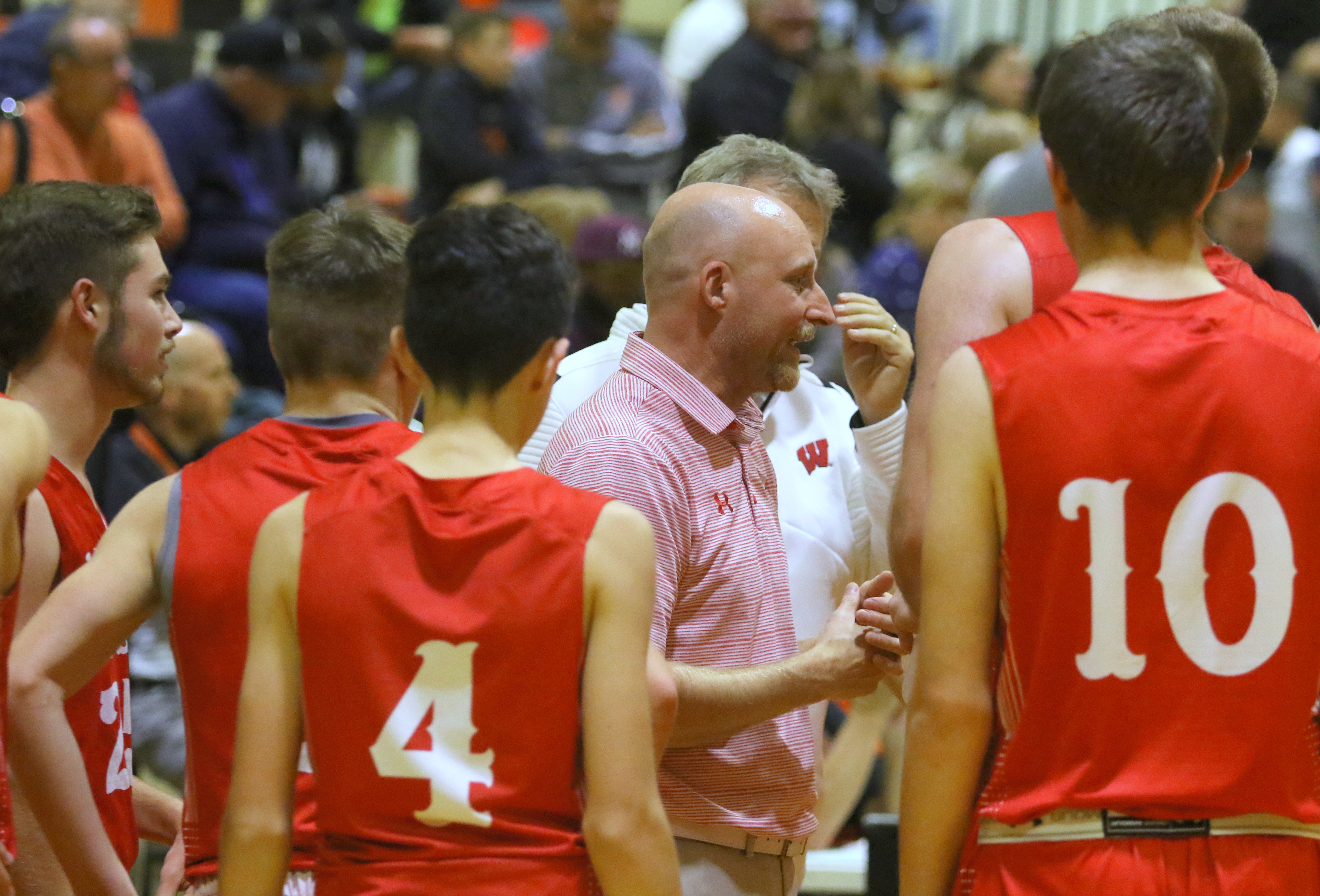 TRUMANSBURG — Waverly shook off some rust from its holiday lay-off and pointed a 74-46 IAC boys basketball win over Trumansburg here Tuesday night — the 200th career win for coach Lou Judson.

“I’ve had some very good teams, and obviously some very good players over the years. And, a consistent coaching staff, which always helps” he noted. “I  continued to love what I do. I enjoy coaching.

“Getting these wins is great, but there are so many relationships that I’ve built over the years,” continued Judson. “I’m very thankful for the Waverly Central School District to allow me to continue to coach. It’s a great district to coach in.

“Hopefully, we can win a few more,” added Judson.

“With Watkins Glen getting beat by Whitney Point, we’re in first place all alone, which is good news,” said Judson. “Now, we just have to take care of things on our end.”

The Wolverines got off to a slow start, and trailed 14-13 after the first quarter, tanks in part to a pair of 3-pointers by T-Burg’s Jamie Schappi. Senior Scott Woodring kept Waverly in the game int he first eight minutes with 10 points.

“The 11-day lay-off didn’t help,” said Judson. “At the end of the day, we won by  28, but I don’t think we played all that well. We had 25 turnovers tonight, and that’s way too many. It was a sloppy basketball game.

“There was a lot of rust,” noted Judson. “We were down 1 at the end of the first quarter, but then we played a pretty good second quarter, and a decent second half. We were just very inconsistent.

“But, winning on the road in the IAC is not easy, and Trumansburg played extremely hard,” added Judson. “We’ll take the win and move forward, but we need to play better.”

Woodring scored eight more points in the second quarter, while junior Griffin Stein and senior  Jalen McCarty scored four points apiece, and sophomore Caden Hollywood knocked down a 3-pointer in Waverly’s 24-10 blitz that put the Wolverines ahead 37-24 at the half.

Woodring scored 10 more points in the third quarter, and Hollywood canned another 3-pointer as Waverly stretched its lead to 56-38 entering the final eight minutes.

Junior Kobe Decker and Woodring scored five points apiece in the final stanza, and 8th-grader Joey Tomasso and junior Aidan Westbrook each added four points as the Wolverines ended the game with an 18-8 run.