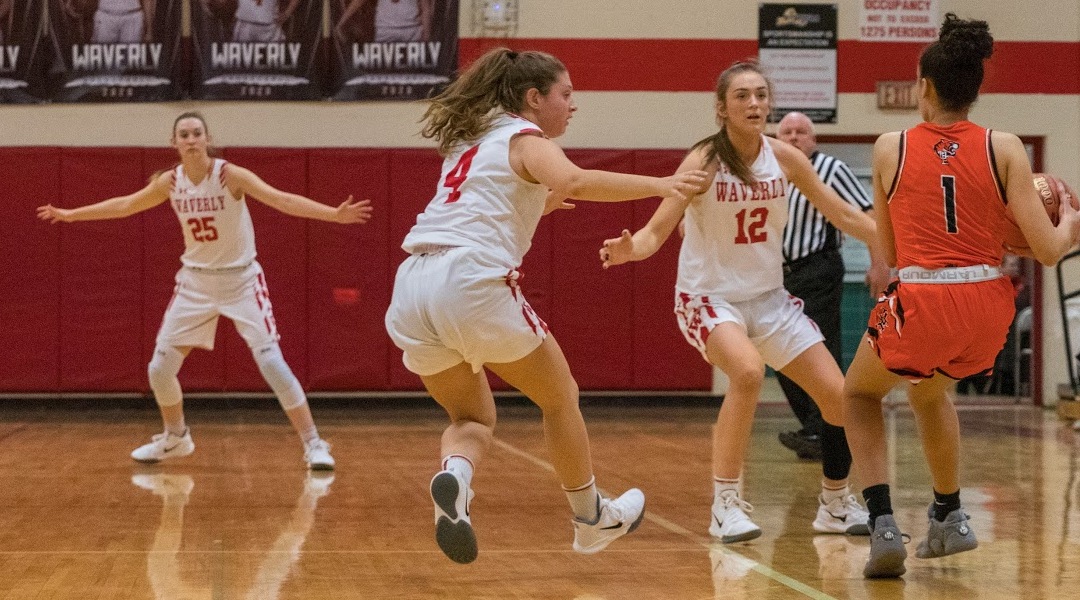 WAVERLY — Waverly shook off a slow start, and pulled away in the second half of a 63-36 rout of Union-Endicott here Monday night in non-league girls basketball action.

Layla McKeiver scored eight points in the first quarter to help the Lady Tigers to a 15-9 lead, but Waverly used a balanced attack in the second quarter to rally.

Freshman Kennedy Westbrook scored six points, including a 3-pointer, junior Sidney Tomasso had five points, sophomore Lourden Benjamin added four, and senior Gianna Picco and sophomore Olivia NIttinger each connected on 3-pointers in a 21-13 run that gave the Lady Wolverines a 30-28 lead at the halftime intermission.

The second half was all Waverly, which allowed just three field goals.

Tomasso scored seven points in the third quarter, while Westbrook and Nittinger added four points apiece in a 19-5 blitz that upped Waverly’s advantage to 49-33 heading into the final eight minutes.

Tomasso added five more points, including a 3-pointer, and five of her teammates also put their name in the scorebook in a 14-3 game-closing run.

Waverly, now 6-2, returns to action Friday when it travels to Lansing.