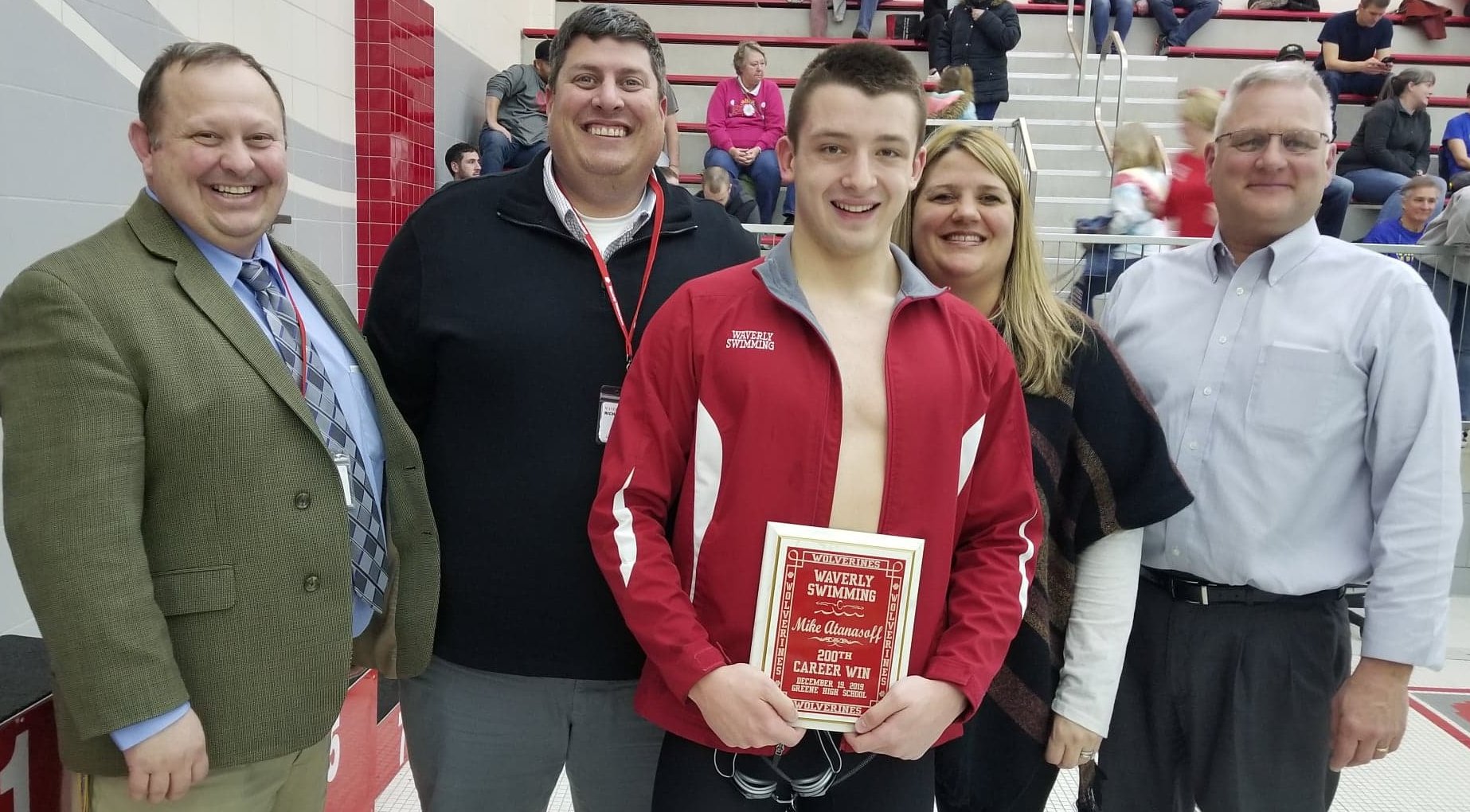 WAVERLY — On a night when Waverly honored senior Mike Atanasoff and junior Collin Keefer for milestone career wins, the Wolverines rolled to their 39th consecutive win in a 125-55 decision over Lansing here Thursday in IAC boys swimming action.

Atanasoff, junior Ryan Bennett, and sophomore Kaden Wheeler were quad-winners for Waverly, which improves to 9-0 on the season, while Keefer was a triple-winner, and freshman Oscar Williams was a double-winner.

During the break for diving, Atanasoff was presented a plaque for his 200th career win, and Keefer was honored for his 100th career win.
“Mike has come a long way from 7th-grade when he basically swimming with his head out of the water to being the fastest guy in the state — that’s pretty impressive," said longtime Waverly coach Dave Mastrantuono.

“He’s gone to Michigan each of the last two summers to train with a national powerhouse, which shows his level of dedication," he noted. "He has gone above and beyond.

Atanasoff, Wheeler, Bennett, and freshman Ryan Clark won the 200-yard medley relay in a time of 1:53.43.

Wheeler and Keefer teamed with senior Brandon Clark, and Williams combined to win the 400-yard freestyle relay in a time of 3:49.33.

Senior Gage Streeter won the 1-meter diving competition with 242 points, and Sackett was second with 154.1 points.

MODIFIED
Brayden Hurd and Riley Pipher registered Waverly’s wins in the modified meet, which was not scored.

The foursome of Hurd, Grover, Jason Marrone, and Benjamin Norton-Lantz finished second in the 200-yard freestyle relay in a time of 2:44.65.

Emanuel Miles finished third in the 50-yard backstroke in a time of 54.97 seconds.