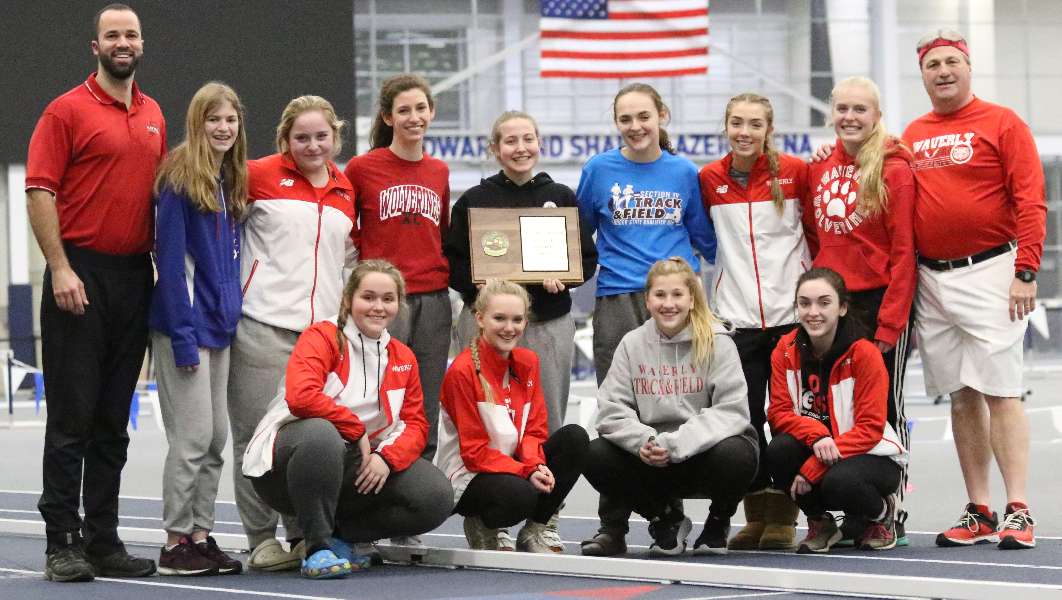 Waverly tallied 85 points in the first-place effort, while runner-up Lansing had 79 points, third-place Trumansburg had 76 points, fourth-place Bainbridge-Guilford had 46 points, and fifth-place Notre Dame had 39 points.

Fritzen, Smith, Ackley, and Talada teamed to register the Lady Wolverines’ only first-place finish of the day, winning the 3,200-meter relay in a time of 10:28.83 — nearly 7 seconds faster than runner-up Elmira.

Senior Alyssa Simonetti finished sixth in the 55-meter hurdles in a time of 9.69 seconds, and sophomore Emily Tully was 28th in 12.49 seconds.

Tully finished 18th in the high jump at 3-feet, 9-inches.