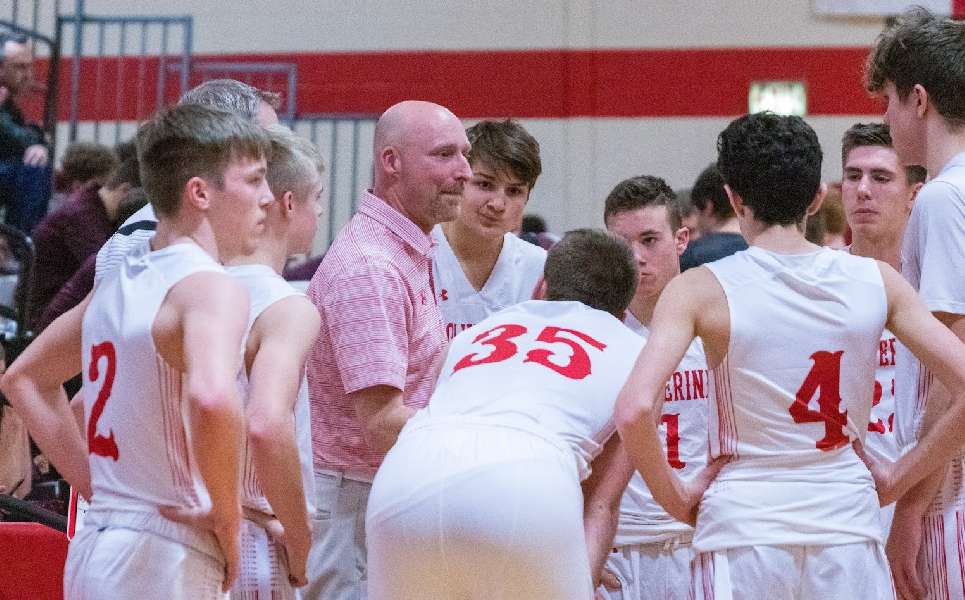 WAVERLY — Waverly senior Scotty Woodring did his normal damage, but Whitney Point held down his teammates to pull out a 54-44 win here Thursday night in a battle if IAC Large School boys basketball divisional leaders.

“We haven’t been in a situation since the Athens game, where there was some in-game pressure,” said Waverly coach Lou Judson, whose team saw its 10-game win streak snapped.

“We made a lot of uncharacteristic mistakes. Everything seemed forced offensively,” noted Judson. “We were not on the same page defensively, there were a lot of breakdowns defensively.

“We just didn’t play well tonight, and I don’t know why. Tonight was a very important game for us, it had implications for our division,” he added.

Woodring pumped in 23 points, pulled down 12 rebounds, and blocked three shots, but the remainder of the Wolverines managed just 21 points.

“Whitney Point came ready to play, and did a very good job of making us work for everything at the offensive end,” said Judson.

“We need guys to step up offensively,” noted Judson. “I look at the scorebook, and we have (Scotty) with 23 points, then someone with eight, then three, and two … it’s been like for most of the season.

“We’re looking for consistent second and third scorers, and we’re just not getting that right now,” added Judson. “That can’t happen against good basketball teams.”

Woodring scored six points in the first quarter, and 8th-grader Joey Tomasso canned a 3-pointers as the two teams battled to an 11-11 tie through the first eight minutes.

Whitney Point used a 14-10 third-quarter spurt to extend its lead to 39-33 heading into the final eight minutes.

Whitney Point standout point guard, Tanner Kalfelz, made 8 of 9 free-throw attempts in the fourth quarter to secure the victory.

Tomasso added eight points, including a pair of 3-pointers, and two assists for the Wolverines, while senior Jalen McCarty grabbed five rebounds, and sophomore Caden Hollywood had two assists and two steals.

Waverly, now 10-2, travels to Watkins Glen Saturday with first place in the IAC South Large School Division on the line.