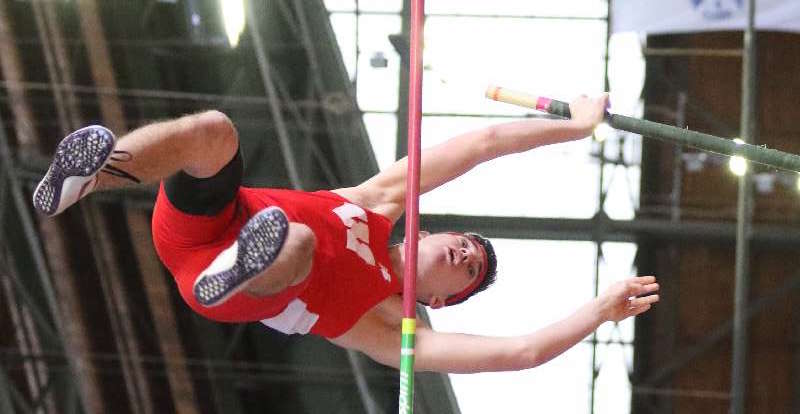 ITHACA — Waverly senior Isaac Chandler will be flying solo at the state meet this year after repeating as Section IV champ in the pole vault here Saturday at the Indoor Track & Field State Qualifier at Cornell University.

Chandler soared over the bar at 15 feet to earn a trip to the New York State Championships on March 7 at the Ocean Breeze Track & Field Facility on Staten Island.

Last year, Chandler, who missed more than a month of the season with an injury, qualified in the pole vault and the 55-meter hurdles. He was joined at States by classmates Melina Ortiz and Sheridan Talada.

GIRLS
Eisenhower finished eighth in the hammer throw with a school-record heave of 36-feet, 5 1/2-inches, breaking her own mark of 34-feet, 10 3/4-inches set last week at a hammer throw competition at Cornell. She also set the school record last year at 33-feet, 1-inch.

The 3,200-meter relay foursome of Talada, Smith, and seniors Elizabeth Fritzen and Paige Ackley finished third in a time of 10:30.23.

Senior Alyssa Simonetti finished seventh in the 55-meter hurdles in a time of 9.76 seconds. She posted the sixth-fastest time in the preliminaries at 9.69 seconds.