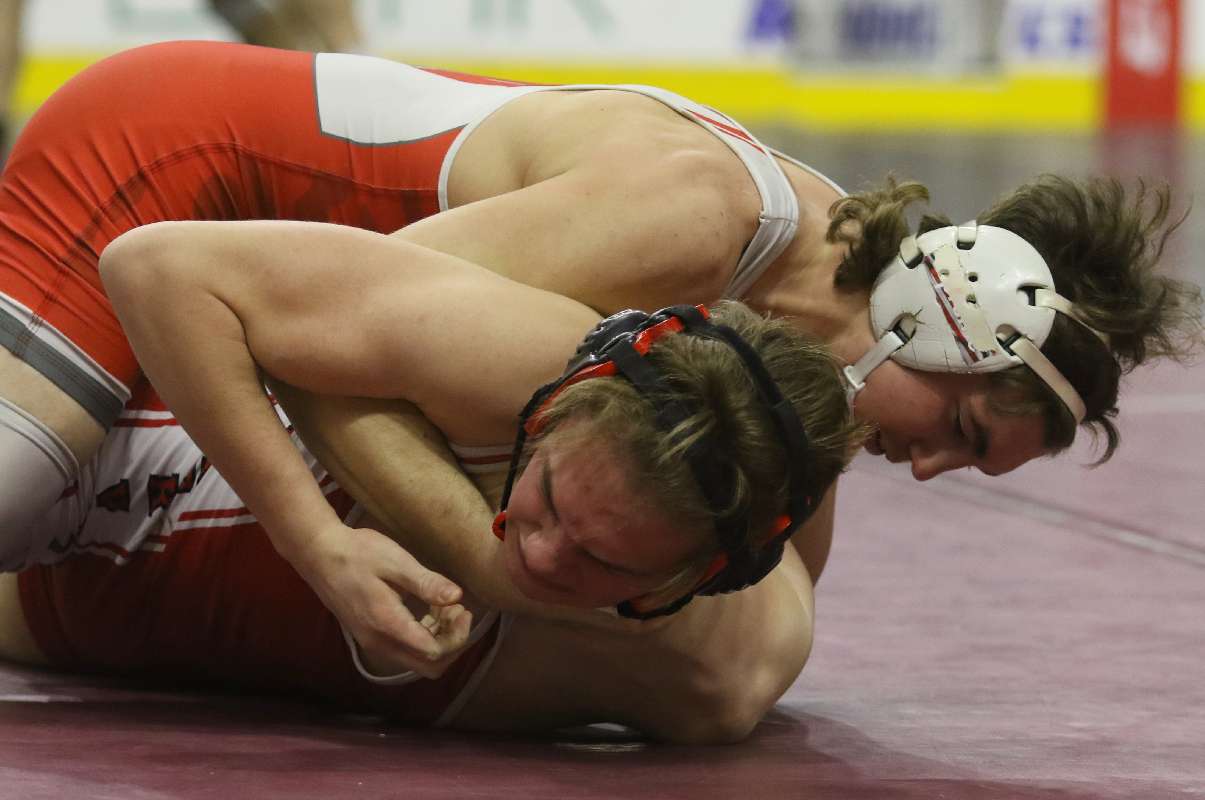 BINGHAMTON — A year after posting a 36-6 record as a Section IV runner-up and not receiving a wild card to the New York State Championships, Waverly senior Ethan Stotler took away any doubt with a “dominating” performance en route to the 160-pound title here Saturday night at the Section IV, Division 2 Championships at the Veterans Memorial Arena.

“Ethan was dominating today, and that’s what we’ve come to expect from him,” said Waverly coach Devan Witman.

“It’s his senior year, and he has a goal in mind,” added Witman. “We knew today wasn’t that goal, it was just another step toward his ultimate goal.”

Last year, five of Stotler’s six loss were to state qualifiers, including a season-ending loss to Tioga’s Austin Lamb — a 68-second fall in the Section IV 145-pound finals.

“That loss (and not getting a wild card) motivated me a lot,” said Stotler. “After I lost to (Austin Lamb) in the finals … it wasn’t how I wanted to finish, getting pinned in my last match.

“I worked really hard in the offseason with a few teams in the summer, and I came into the room this year and I’ve pushed myself as hard as I could,” he added.

Stotler opened his day with an 18-1 technical fall win in 3:50 over Greene-Oxford’s Paul Baker in the quarterfinals.

In the semifinals, Stotler flattened Newark Valley Connor Jacobson in 22 seconds to advance to the finals, and a rematch of last week’s Qualifier B finals against Windsor’s David Flora.

Last week, Stotler won by fall in 47 seconds. Saturday, it took a little longer, but Stotler locked in the cradle for the fall at 1:27.

Flora came out of gate hot, however, with a double-leg blast that drove Stotler backward to his back. He was able to roll through it, and to his feet without allowing a takedown, then countered with his own double-leg for the initial takedown just 16 seconds into the bout.

“I was not expecting that right off the bat, for sure,” said Stotler. “I was going to do a fake, but he came right at me.

“After that I knew I had to be the bully, and push the match the way I wanted it to go,” he added.

Stotler said the cradle has been his go-to move.

“All year I’ve been able to dominate people with the cradle because of my long arms. As soon as I locked it up, I knew I had him,” said Stotler. “I got it as tight as I could get it, and I just slowly took him over.”

Stotler improves to 41-1 on the season with 27 pins. He is ranked fifth in the State, and his only loss came at the hands of the state’s top-ranked Division 1 160-pounder, Cooper Kropman of Penfield.

“He’s putting together a spectacular season, and it’s not over,” said Witman.

“Every year I’ve had him, he’s come back tougher, and that’s just a testament to his work ethic,” he noted. “He’s always putting in time in the summer, and in the weight room.

Stotler has lofty goals for his trip to States, which is held at the Times-Union Center in Albany on Feb. 28-29.

“My goal is definitely to make it to the finals, and then try to win it,” he said. “It’s my last year, I have to try to win it all.”