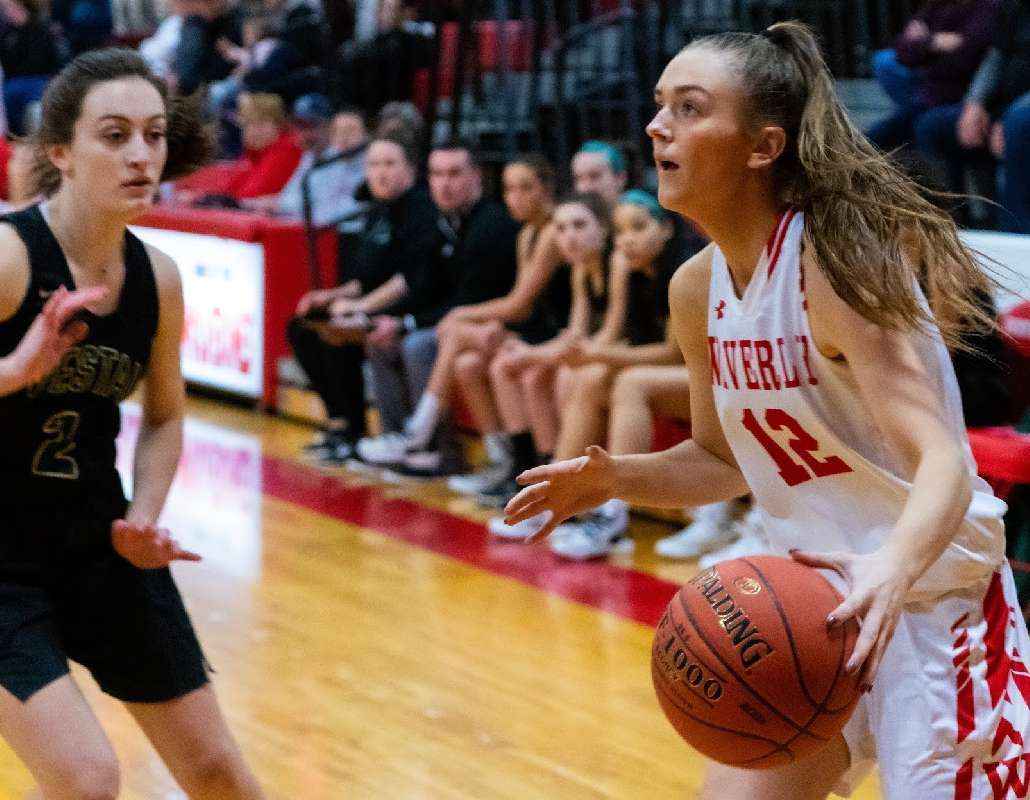 Tomasso, a smooth-shooting well-rounded player, led the Lady Wolverines with 19.8 points per game, and also scored her 1,000th career point in the final regular-season game.

Also named to the first team were a trio of players from unbeaten division champ Newark Valley in junior Mackenna Nechwedowich, and sophomore Hannah Ferguson and Grace Gardner, as well as Notre Dame junior Kahlia Rivera.

Morgan Adams, senior, Waverly: Adams averaged 8 points and 5 rebounds per game, as well as 1 assist, 1 steal, and 1 deflection per game. She has also drawn a team-high seven charges.