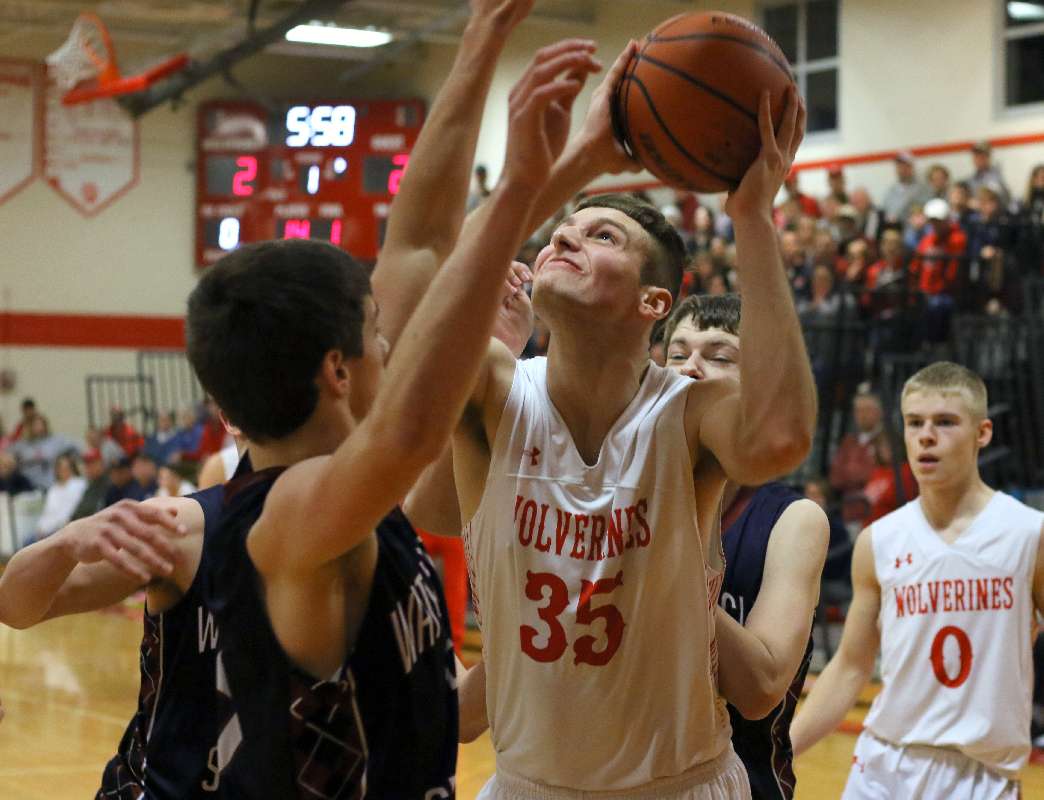 WAVERLY — Six-eight Waverly senior Scott Woodring, who had a potentially historic season derailed by a knee injury last year, bounced back this season to average a double-double and earn MVP honors in the IAC South Large School Division.

Woodring, an athletic low-post player who can handle the ball and knock down the 3-pointer, as well as dominate in the blocks, averaged 25.8 points and 14.9 rebounds per game. He also averaged 2.2 blocks and 1.4 steals per game.

Woodring averaged 32.7 points and 16.9 rebounds per game through the first seven games of the 2018-19 season before suffering a season-ending knee injury.

SECOND TEAM
Joey Tomasso, 8th-grader, Waverly: Poised beyond his years, Tomasso averaged 6.5 points, 2.1 rebounds, 1.8 assists, and 1.7 steals per game in his first varsity campaign. He knocked down 24 3-pointers and shot 33 percent from behind the 3-point arc.