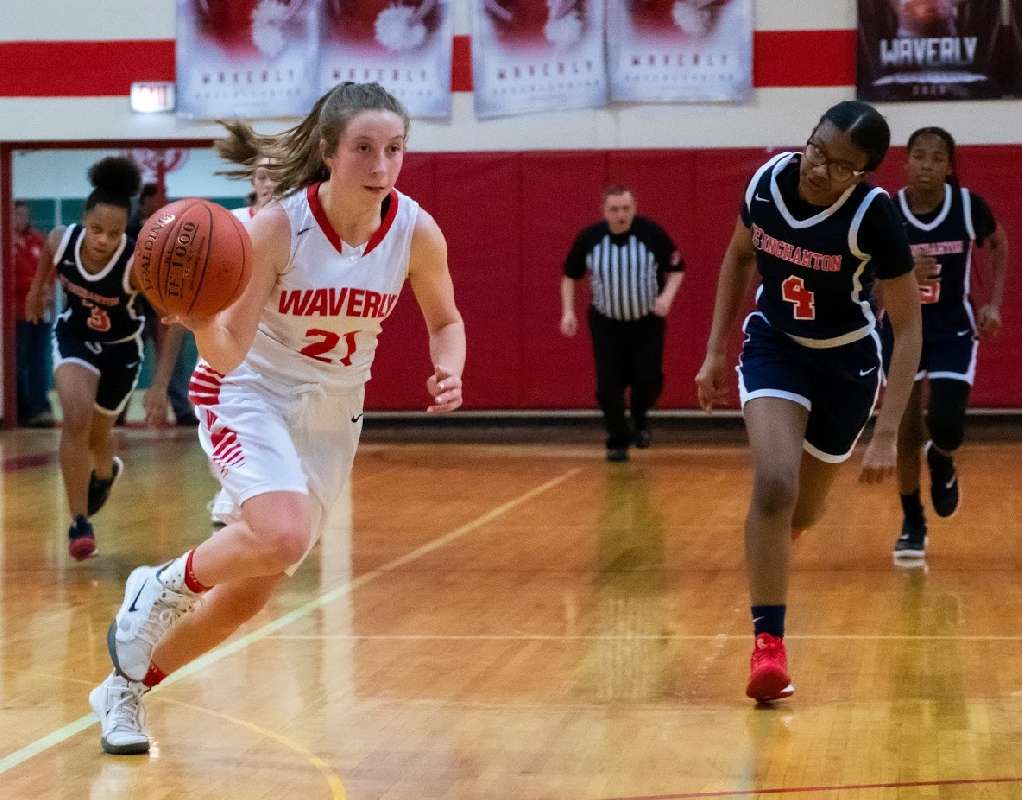 WAVERLY — Addison Westbrook got off to a red-hot start, leading Waverly to an early double-digit lead on its way to a 56-33 win over Binghamton here Tuesday evening in non-league girls junior varsity basketball action.

Westbrook pumped in 15 points in the first quarter, including a pair of 3-pointers, to fuel a 19-9 run in the opening eight minutes.

Westbrook and Peyton Shaw each knocked down a 3-pointer, and scored five points apiece in the second quarter as the Lady Wolverines used a 13-9 advantage to stretch its lad to 32-18 at the half.

Michaela Lauper and Westbrook scored four points apiece in the third quarter, and Paige Robinson hit a 3-pointer in a 14-6 run that pushed Waverly’s lead to 46-24 entering the final eight minutes.

Westbrook pumped in 26 points, including a trio of 3-pointers, to lead Waverly, while Shaw scored 10 points, Robinson had nine points, Ashlen Croft added eight points, and Lauper chipped in with four points.