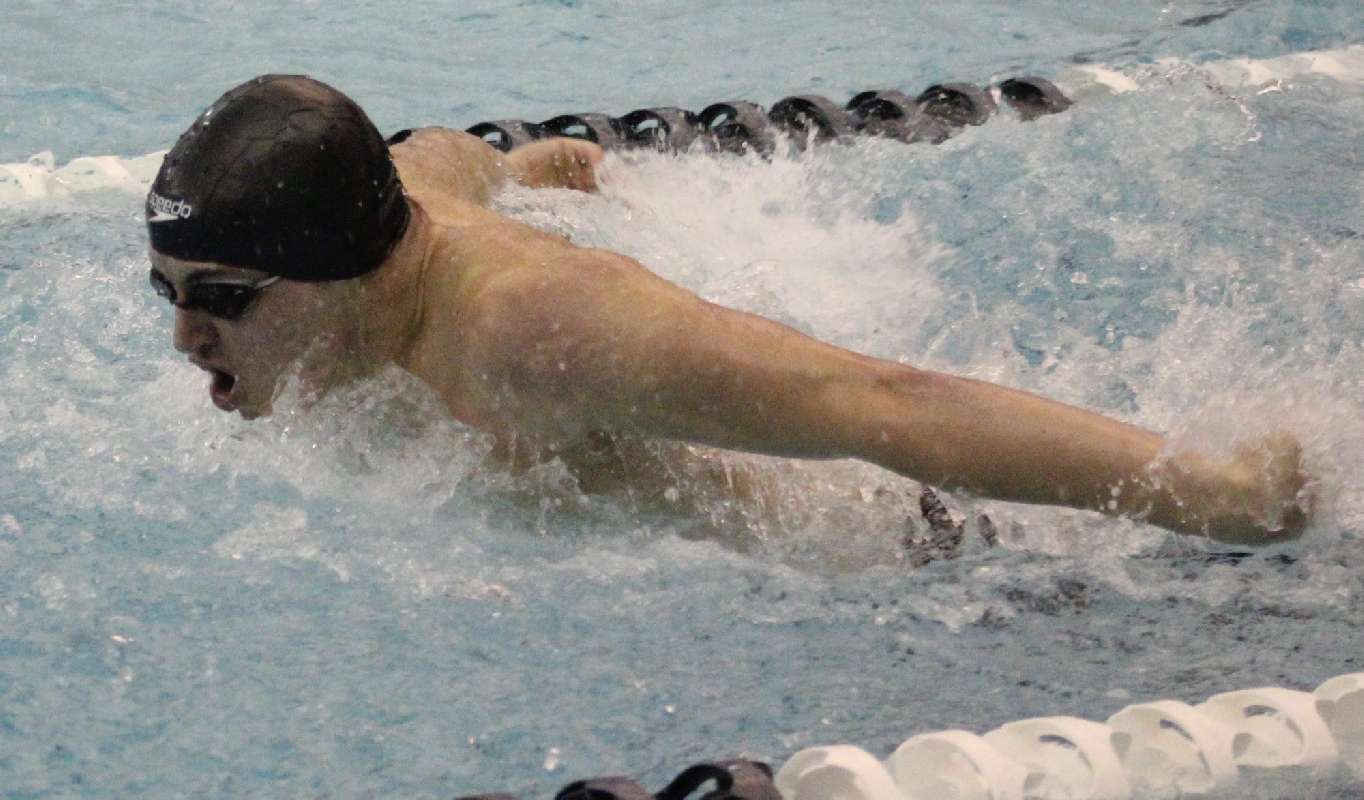 The Wolverines will advance two athletes to the New York State Championships at the Nassau County Aquatic Center on Long Island on March 6-7.

Atanasoff hit the state cut in the 50- and 100-yard freestyle sprints during the season, thus qualifying for both events, and senior diver Gage Streeter is also headed to States by virtue of topping the state cut at Thursday’s Section IV Diving Championships.

The Wolverines, who dominated the Class C meet last year, turned in a solid performance, according to longtime coach Dave Mastrantuono.

"Third place overall in Class B, which is a huge step up from last year when we dominated the Class C meet, so obviously this is an entirely different meet,” he said. “Going in, we believed that we could be a top-three team and we did that.

“Our 500 free guys, and our 50 free guys scored a lot of team points for us,” noted Mastrantuono. “They were big for us.

"We did not have our best performances throughout all the events, but overall a very solid team performance,” added Mastrantuono.

The foursome of Wheeler, Atanasoff, Bennett, and Sackett placed second in the 200-yard freestyle in a time of 1:32.52.

Wheeler, Atanasoff, and Bennett teamed with Brandon Clark to finish third in the 400-yard freestyle relay in a time of 3:30.21.

Brandon Clark teamed with Sackett, freshman Ryan Clark, and junior Max Pan to finish sixth in the 200-yard medley relay in a time of of 1:55.27.

Despite a large group of seniors, Mastrantuono expects the Wolverines to return a strong unit.

"We've got a lot of talent coming back next year, although we do lose five seniors,” he said. “That's the most seniors we've had in quite a few years, but we have a lot of underclassmen who are very, very strong."