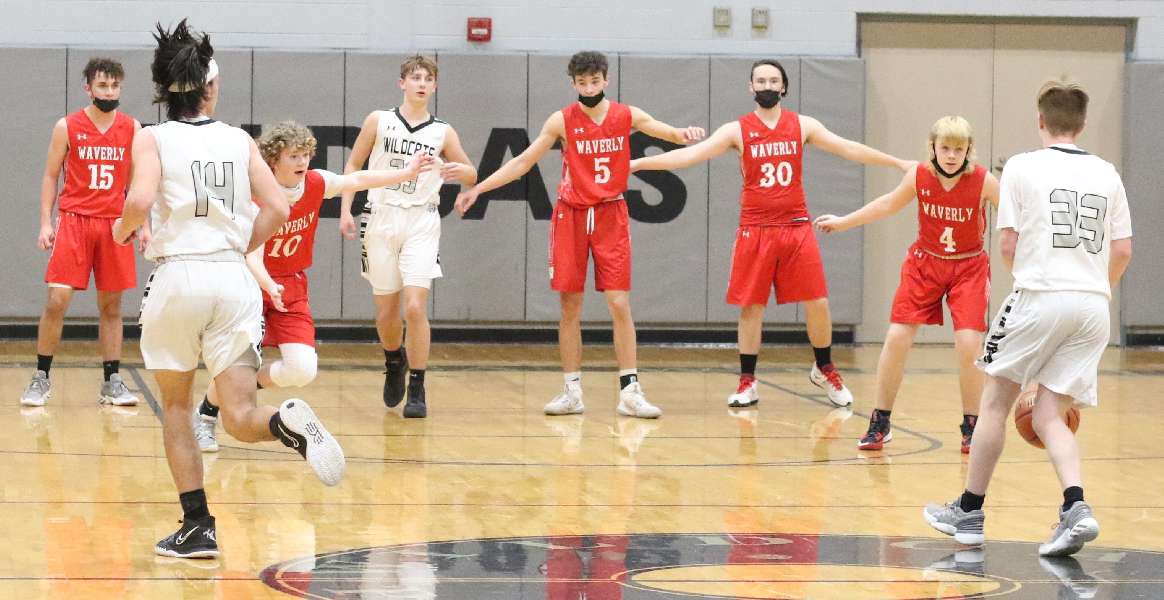 ATHENS — Korey Miller drained a 3-pointer with 41 seconds remaining to give Athens the lead, and Xavier Watson added three points in the closing seconds to seal a 38-34 win Tuesday afternoon in the opening round of the junior varsity boys Valley Christmas Tournament.

Kolsen Keathley scored six points in the first quarter, while Watson scored four, and Miller canned a 3-pointer to help Athens to a 14-9 lead after the first eight points.

Bryce LaForest and Jake VanHouten knocked down 3-pointers in the opening stanza to keep Waverly close.

The second quarter was a low-scoring affair with a bucket by Jase Babcock and a free throw by Chris Mitchell the only points — giving Athens a 17-9 lead — for more than six minutes.

Late in the quarter, a technical foul on Athens sparked a 5-0 spurt by Waverly that closed the gap to 17-14 at the half.

With about 3 minutes remaining in the game, Matt Aquilio canned a 3-pointer to tie the game at 30-30.

With 2:08 remaining in the game, Jon Searles, off a nice feed from Nehemiah Anthony, put the Wolverines up 32-30, but a half-minute later Keathley answered with a baseline drive to tie the game at 32-32.

Waverly again beat Athens' half-court trap on its next possession, with LaForest finding Searles open in the paint for a short jumper and a 34-32 lead with 1:04 remaining.

Athens missed the front end of a one-and-one on its next possession, but Keathley rebounded the miss, and found Miller open beyond the arc for a go-ahead 3-pointer to make it 35-34.

Watson was fouled and made the front end of a one-and-one. He missed the second, but scooped up the loose ball in the lane, pumped faked, and scored off the glass with 10.5 seconds remaining to make it 38-34.

Mitchell had five points, eight rebounds, and one blocked shot in the win, and Jack Cheresnowksy chipped in with four rebounds and four steals.

Athens will now face Towanda Thursday at 2:30 p..m. in the championship game at Towanda, while Waverly will square off with Sayre at the same time at Athens in the consolation game.