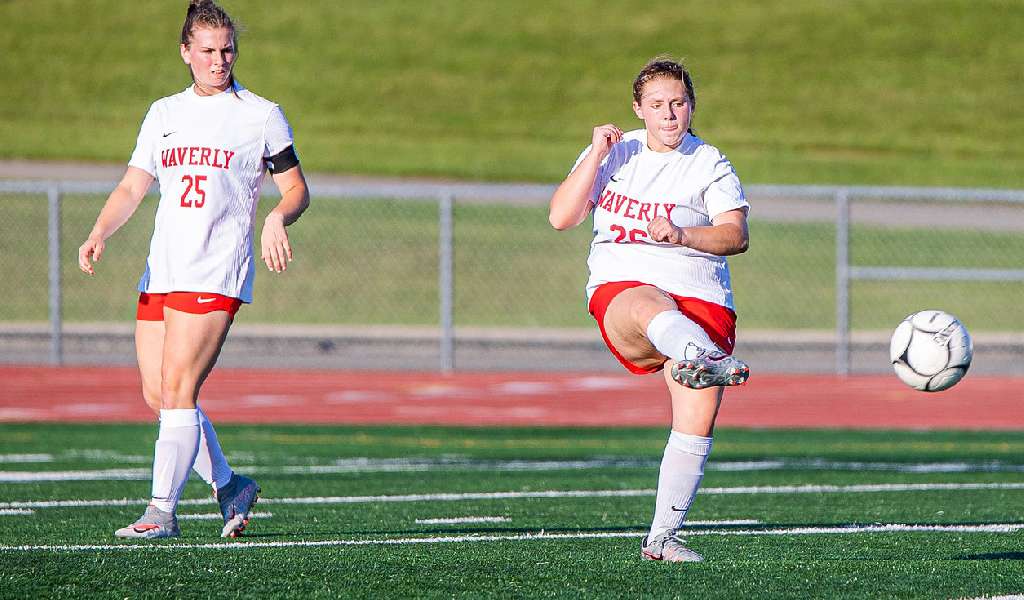 “This is a big win for us on Senior night,” said Athens coach Rich Pitts. “I am so proud of the girls.

“Every girl played a role in this as the bench gave us a ton of energy cheering us the whole game,” noted Pitts.  “And, the girls on the field worked really hard to execute the game plan we put in place.

“The defense played really well. Mya (Thompson) and Addy (Wheeler) did a fantastic job shutting down (Kennedy) Westbrook and (Lea) VanAllen,” added Pitts. “This was exactly what we needed heading into the Troy game Monday … we will need that same intensity and more.”

“This was a tough game that pointed out to us that we still have a lot to work on,” said Waverly coach Tara Hogan.

“I think we were playing intimidated right from the start,” she noted. “Against O-M, we were aggressive and consistent with putting pressure on the ball ... we gave Athens too much space to work with.

“Athens gained more and more confidence throughout the game and put a lot of pressure on our defense,” added Hogan.

With 24 minutes remaining in the first half, freshman Addison Westbrook was fouled in the box, and sophomore Lea VanAllen drove the resulting penalty kick into the back of the net to give the Lady Wolverines a 1-0 lead.

Junior Ally Thoman, off a feed from Walker, scored with eight minutes left in the first half to tie the game at 1-1.

With 29 minutes left in the game, Kennedy Westbrook and VanAllen worked a give-and-go, resulting in a Westbrook shot from just in side the 18 toward the bottom left of the goal. The shot caromed off the inside of the post and into the net to give Waverly a 2-1 advantage.

The lead was short-lived, however, and Kendra Merrill, off a feed from Walker, scored two minutes later to tie the game at 2-2.

With 17 minutes left in the contest, Walker took a feed from sophomore Mya Thompson and deposited it into the back of the to give the Lady Wildcats a 3-2 lead.

Athens had a 7-3 edge in shots-on-goal, and an 8-0 advantage in corner kicks.