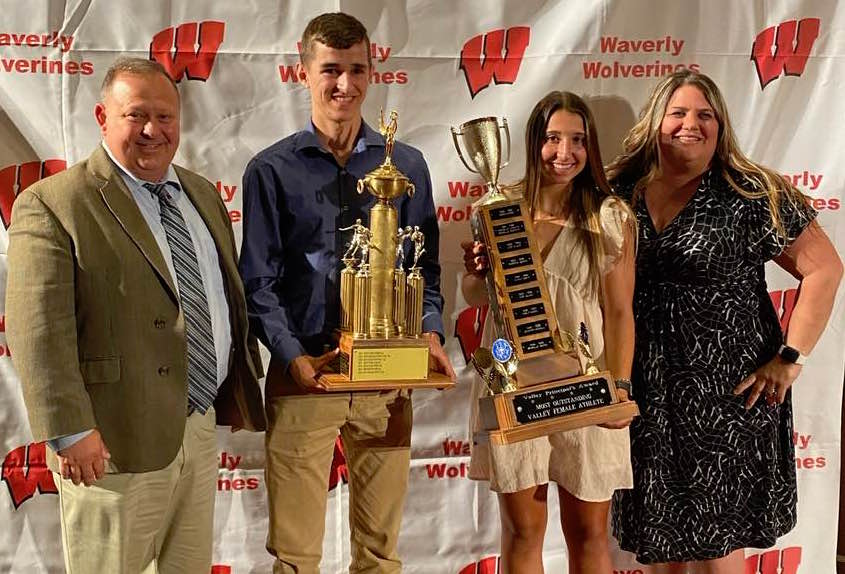 WAVERLY — It was a clean sweep in 2020-21 as Waverly athletes were crowned the top female and male three-sport athletes in the Valley.

Picco, who is in the Top 10 in her class and a member of the National Honor Society,  earned five letters for varsity soccer, and four for golf.

She is a two-time all-state performer on the soccer pitch — third-team as a sophomore, and fourth-team as a junior. (There were no all-state teams compiled this year.)

On the links, she a four-time state qualifier, and a four-time team Section IV champion. She also defied the odds (67 million-to-1), and holds a state record for two holes-in-one in the same round.

As a senior, Picco switched from golf to track & field, and earned a pair of Section IV medals for the Lady Wolverines.

In the fall, Picco will play Division I soccer at LaSalle, where she will major in business.

Wright,  who is Top Ten in his class and a member of the National Honor Society, holds the school record in the 3,000-meter steeplechase,  and the 3,200-meter run for both indoor and outdoor track programs.

Wright is a three-time qualifier for the New York State Cross Country Championships, and a state qualifier as a sophomore in the steeplechase. (His final two seasons to duplicate the feat were wiped out by the Covid-19 pandemic — no season in 2020, and no postseason in 2021.)

In the fall, Wright will attend Binghamton University to major in Biology on the pre-Med track.