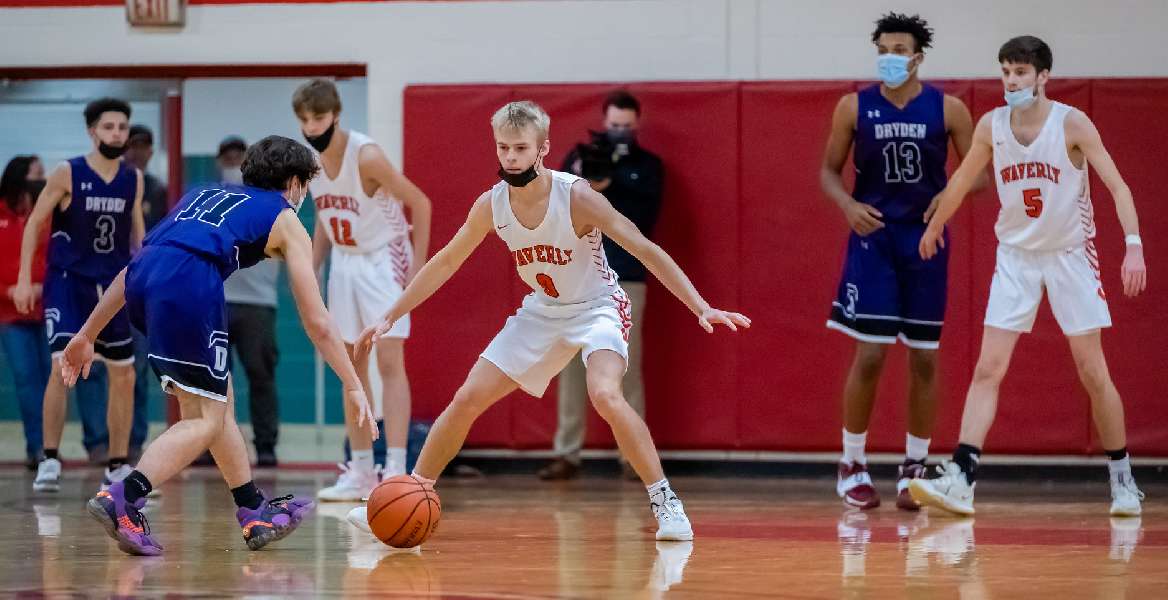 WAVERLY — The defense led to offense, and lots of it, in Waverly's season-opening, 79-33, win over Dryden here Monday night in IAC boys basketball crossover action.

"Our defense cerated some offense for us," said longtime Waverly coach Lou Judson.

"I told the guys we want to play hard defensively and shoot fast, within the first 15 or 16 seconds of the shot clock," he noted. "These guys like to play that way, but they also bought into playing defense, too.

"When you buy into playing defense, it creates more offense for your team," Judson added. "These guys like to score it, so it worked out well for us tonight"

The defense also took Dryden, now 1-1, out of its offense.

"Our defensive pressure and intensity was the key tonight," said Judson.

"We got after them in the full-court pressure and it just wore them down," he added. "I was really pleased with our energy tonight"

Seven different players put their name in the scoring column in Waverly's 20-5 first-quarter blitz, led by five points from sophomore Joey Tomasso, who knocked down a 3-pointer, and four points from senior Davis Croft.

The Wolverines knocked down four 3-pointers in a 26-15 second-quarter run, and led 46-20 at the half. Senior Liam Traub led Waverly with seven points in the frame, while Tomasso, and seniors Brennan Traub and Brady Blauvelt each had five points — all four canned one 3-pointer.

"We shot the ball pretty well from 3; we shared the basketball, we were unselfish," said Judson. "We had five guys in double-figures.

"With this basketball team, playing unselfishly and making the extra pass is going to make us even better, and I saw that tonight," he added.