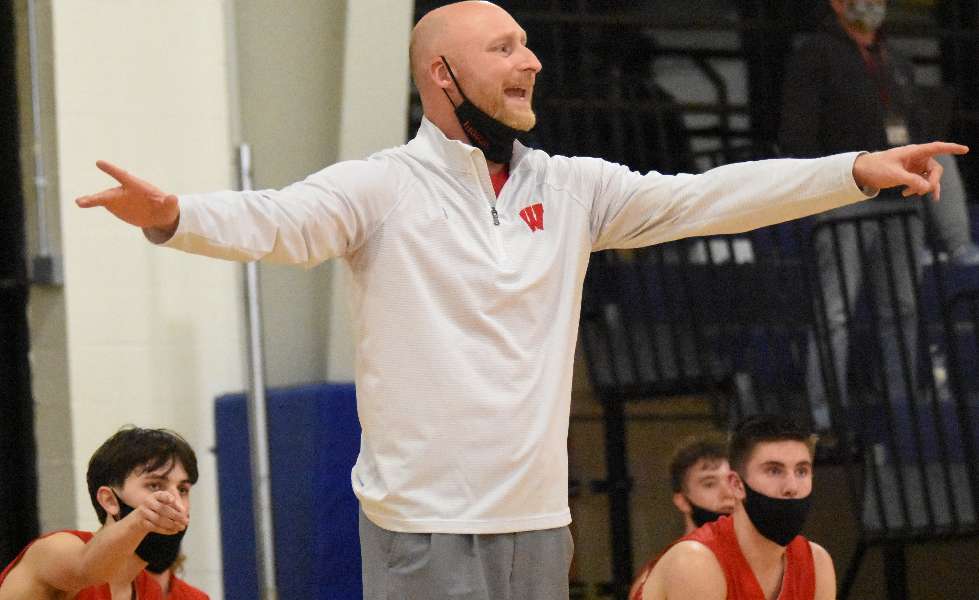 HORSEHEADS — Horseheads closed the game with a 16-6 run to rally for a 63-57 win over Waverly here Thursday night in on-league boys basketball action.

“We committed some costly turnovers, and missed shots inside that hurt us,” said Waverly coach Lou Judson.

The game was tied at 43-43 heading into the final eight minutes. The Wolverines took a 51-47 lead with 5:35 remaining, but the Blue Raiders closed strong.

“Tonight, we were pretty locked in defensively,” said Judson. “We came and played with a little chip on our shoulder.”

The difference in the game was the free-throw line, where Horseheads made 20 of 27 attempts, while Waverly made 7 of 11.

“We played a good basketball game tonight, and I think we outplayed (Horseheads) in many facets of the game, except for the free-throw line, and that cost us,” said Judson.

“Horseheads is a good basketball team, and they’re physical. We brought it tonight,” added Judson. “We played a very good basketball game. I’m not into moral victories, for sure, but against most teams we play, we would have won tonight.”