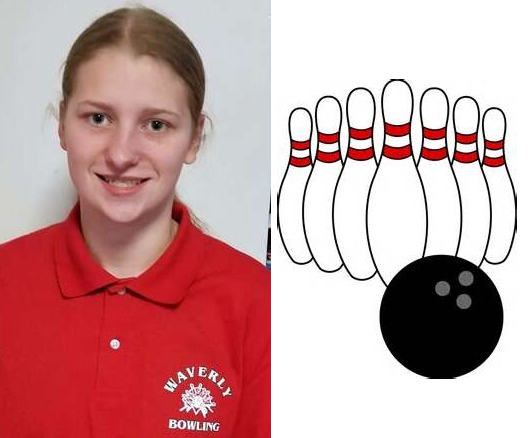 WAVERLY — Sophomore Victoria Houseknecht rolled the top series in the IAC this season, eclipsing the mark set last week by her sister, to lead Waverly to a sweep of short-handed Newark Valley in a virtual IAC South Division girls bowling match.

The Lady Wolverines, bowling Wednesday at the Valley Bowling Center, rolled a team series of 2,581, while the Lady Cardinals bowled Friday at the Cardinal Lanes in Newark Valley with just one bowler.

Senior Haley Kittle rolled a 529 for Waverly in the win over NV, while Rachel Houseknecht had a 515, sophomore Shantilly Decker had a 466, 8th-grader Serenity Clark added a 376, and junior Sage Garrison tacked on a 340.

Waverly improves to 24-0 on the season.