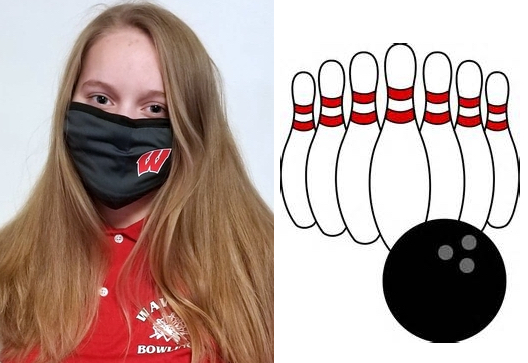 WAVERLY — Freshman Rachel Houseknecht banged out a season-high IAC series to lead unbeaten Waverly to a sweep of SVEC in a battle of the division’s top two teams here Friday afternoon in a virtual bowling match.

The Lady Wolverines, competing at the Valley Bowling Center, rolled a 2,504 series, while the Lady Eagles, bowling at the Owego Bowl, rolled a 2,163 series.

Sophomore Shantilly Decker shot a 506 for the Lady Wolverines, while senior Haley Kittle added a 419, and 8th-grader Serenity Clark tacked on a 310.