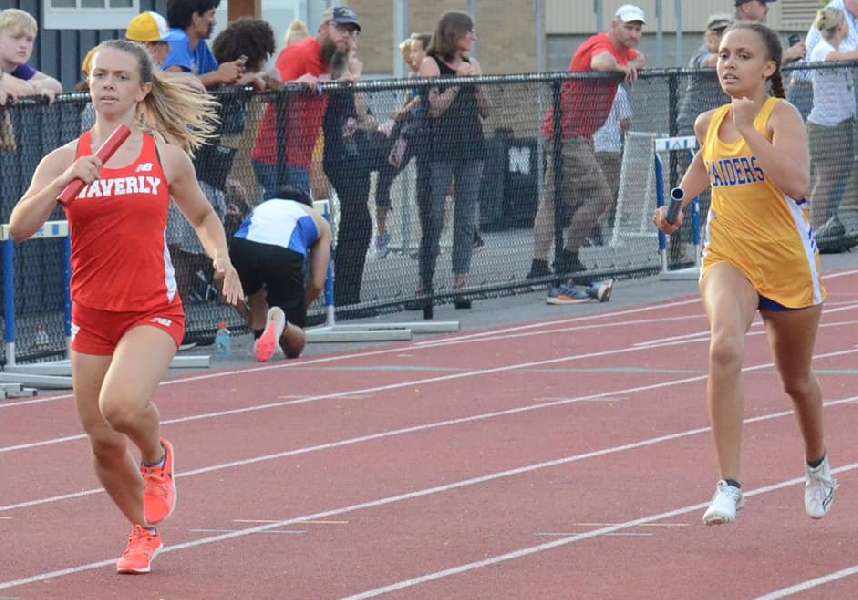 Under COVID rules in 2021, the top two finishers in each event here at Tuesday’s Class C Championships advance to Saturday’s “Showcase.”

The Waverly foursome of Knolles, sophomore Natalie Garrity, Picco, and Kennedy Westbrook finished third in the 400-meter relay in a time of 53.25 seconds, and the Tioga quartet of Nichols, junior Kate Burrowes, senior Jenna Smolinsky, and Walsh finished fourth in 56.2 seconds.

Waverly junior Olivia Nittinger placed fourth in the pole vault at 8-feet, 6-inches, and Walsh was fifth at 8-feet. Robinson finished tied for sixth at 7-feet.

Garrity finished fifth in the 100-meter dash in a time of 13.56 seconds, and Kennedy Westbrook was sixth in 13.64 seconds.

Garrity tied for eighth in the long jump at 13-feet, 7-inches.

Nittinger finished eighth in the shot put with a heave of 22-feet, 4-inches. She was ninth in the discus.

The Section IV Showcase will be held Saturday at Marathon High School.