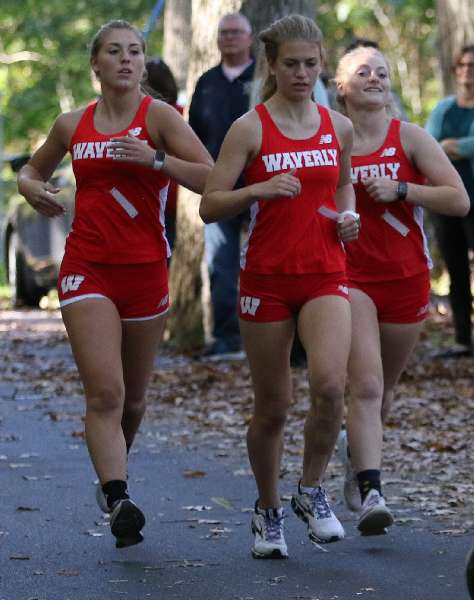 The Lady Wildcats won the team title by virtue of having the only complete team.

Bronson clocked in at 20:23, and Minaker finished in 21:05, while Waverly sophomore Elizabeth Vaughn was third in 22:40, Waverly senior Olivia Nittinger was fourth in 23:17, and Athens sophomore Thea Bentley finished fifth in 24:09.