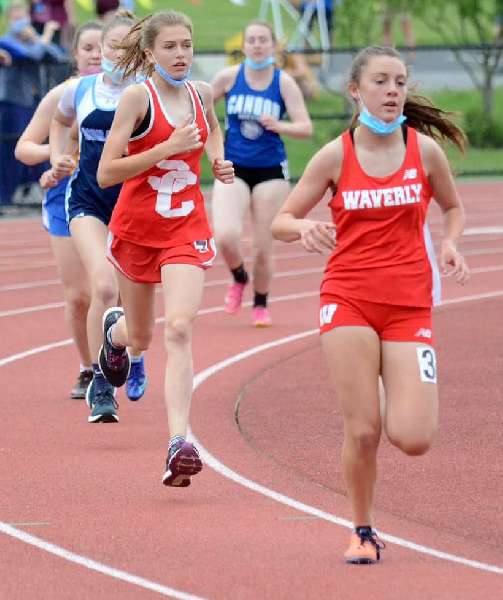 The Lady Wolverines did have a pair of relays finish in the top three.

The Waverly quartet of Knolles, sophomore Natalie Garrity, Picco, and Kennedy Westbrook finished third in the 400-meter relay in a time of 54.5 seconds, while the Tioga foursome of Walsh, Nichols, junior Kate Burrowes, and senior Jenna Smolinsky finished fourth in 55.54 seconds.

Kennedy Westbrook finished fifth in the 100-meter dash in 13.96 seconds, and her teammate, sophomore Natalie Garrity, was seventh at 14.25 seconds.

Westbrook finished sixth in the 200-meter dash in 28.65 seconds

The IAC Boys Track & Field Championships is slated for Thursday at 5 p.m. at Trumansburg High School.