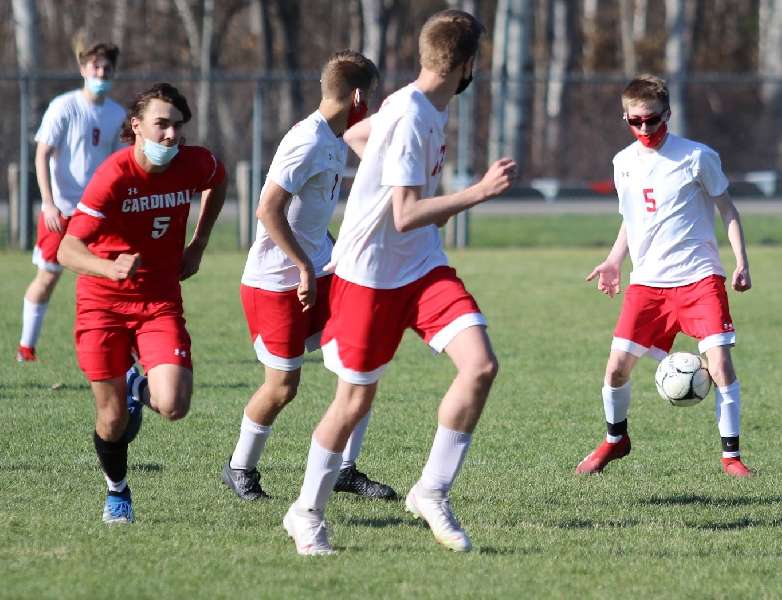 NEWARK VALLEY — Faced with the prospects of moving their game to Newark Valley, or not playing at all, Waverly coach Eric Ryck and his team decided the game must go on.

There was no Hollywood ending for the Wolverines, however, as the Cardinals scored with 5 minutes remaining to pull out a 1-0 win here Thursday afternoon in IAC boys soccer action.

“Things just didn’t go our way tonight, this was supposed to be a home game for us, but due to Covid-19 hitting the referee pool, we couldn’t get refs for a game at our field,” said Ryck. “We made the decision, as a team, to play at Newark Valley because they could get referees and the boys wanted to play.

“Unfortunately, it bit us,” added Ryck “I feel like this would have been a much different game on our field, but in theses times of Covid and quarantines, you have to roll with the punches like it or not.”

The Wolverines controlled the action throughout the game, registering a 12-4 advantage in shots-on-goal, and a 5-3 edge in corner kicks, but couldn’t get a shot past Cardinal keeper Brandon Randell, who recorded 12 saves.

Junior Cameron McIsaac had three saves in net for the Wolverines.