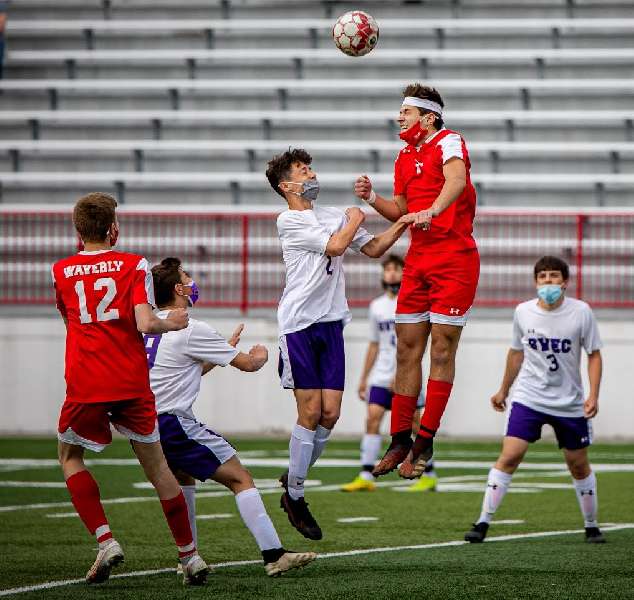 On Tuesday, the Eagles topped the Wolverines, 2-0.

“This was almost an exact carbon copy of the game we played against SVEC on Tuesday,” said Waverly coach Eric Ryck.

“It would have been nice to not give up the two early goals, but I’m very pleased with how we held it together today after going down early,” he noted.

Ryck said the second half was a different ball game.

“The last five minutes of the first half was some of the best soccer we’ve played all season, and we came out in the second half much more organized defensively, which allowed us to keep them scoreless for the second half.

We need to get better at possessing the ball in the middle third and allowing our attack to build,” said Ryck. “Too many times we got the ball forward to our strikers and they had no support to capitalize on the attack.”

Ryck said he took away a number of positives from the loss.

“There were a lot of good takeaways today. I hope we can carry those forward for this last week of the season and end on a high note.”

Waverly junior Cameron McIsaac recorded 10 saves in net for the Wolverines, while Aidan Swayze had three for the Eagles.