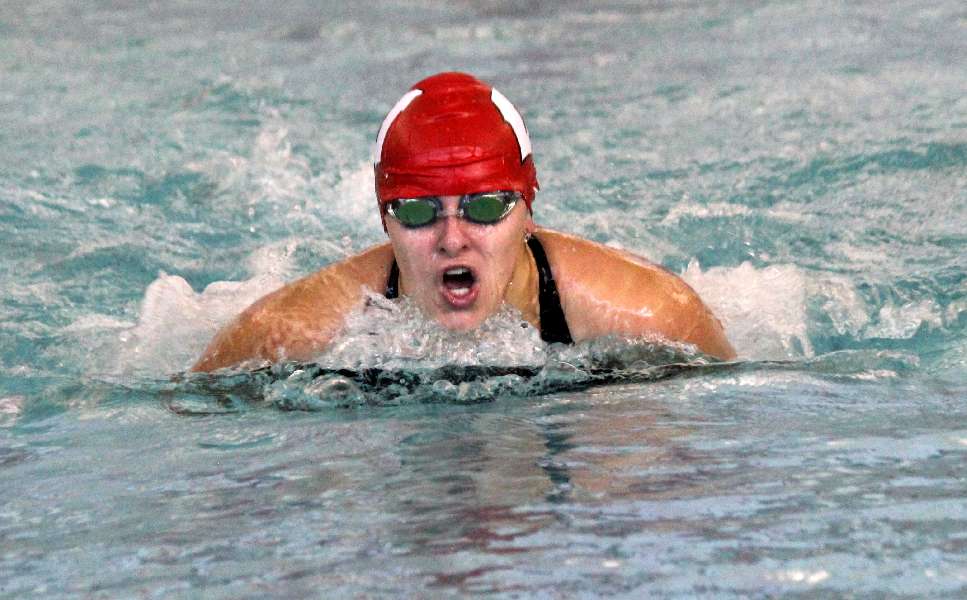 WAVERLY — Southern Cayuga won the last four events, and also had a third-place finish in the meet-closing 400-yard freestyle relay to pull out a 86-81 win over Waverly here Thursday afternoon in IAC girls swimming action.

Seniors Lourden Benjamin and Willow Sharpsteen, and 8th-grader Mira Kittle were double-winners for the Lady Wolverines, who fall to 1-1 on the season.

Kittle won the 50-yard freestyle in a time of 28.0 seconds, and junior Sophia DeSisti was third in 28.64 seconds as Waverly extended its lead to 35-27.

The Lady Chiefs won the 200-meter freestyle really, edging the Waverly foursome by 0.78 seconds. They also finished third to trim the deficit to 66-55.

Southern Cayuga’s win in the 400-meter relay, plus the third-place finish gave them 86-81 win.