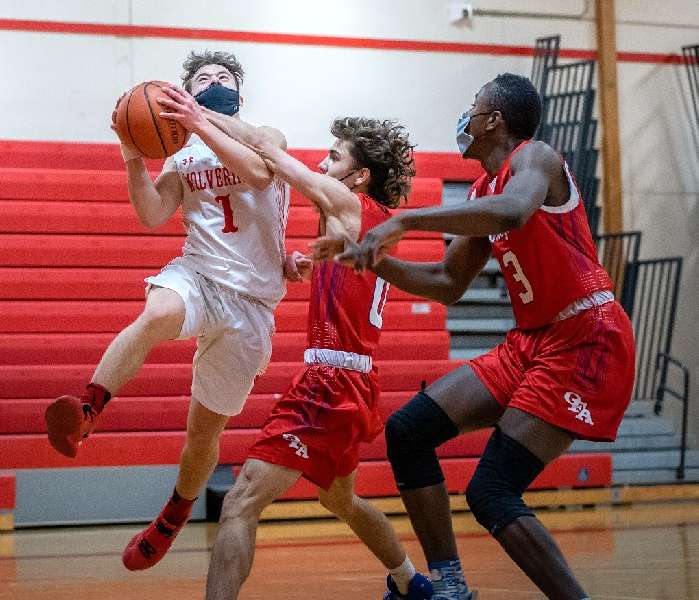 “It was probably our most complete game all year long, against a quality opponent,” said Waverly coach Lou Judson. “We put it all together.

“I thought our defense was the best its been the entire season,” noted Judson. “We were really locked int tonight defensively, and really connected … we were helping when we were suppose to be helping.

“I was really pleased with how we played defensively,” he added.

The Wolverines improved to 6-4 on the season, including a 6-0 mark in the division. Their losses have come to Class AA Horseheads (twice), Corning, and Elmira.

“I think our strength of schedule helped us with playing them tonight,” said Judson. “I really think we’ve been battle tested this year. We’ve played some quality opponents, which has made us tougher in situations like tonight.

The Indians were coming off a win over Horseheads on Monday.

“I knew we were going to have our hands full, especially with their size,” he noted. “Their back line is 6-5, 6-5 and 6-2 … I knew weren’t going to be able to get many offensive rebounds.

“And when we were on defense, I knew they would really try to pound it inside on us, but we really created a lot ball pressure, and they had a hard time getting it inside,” Judson added.

Freshman Joey Tomasso and senior Ryan Lambert scored four points apiece in the first quarter, and junior Davis Croft drained a 3-pointer, but Owego had five players score, and the two teams battled to a 14-14 draw after the first eight minutes.

Tomasso scored eight points in the second quarter, including four from the free-throw line, as Waverly crept ahead, 27-24, at the half.

Senior Aidan Westbrook scored six points in the third quarter, and Croft and junior Brennan Traub each knocked down a 3-pointer and scored five points apiece to fuel a 20-9 run that gave the Wolverines a 47-33 lead entering the final eight minutes.

The Wolverines made just 5 of 10 free throws in the fourth quarter, but it was enough to help preserve the win.

“I guess you could call us (Tioga County champs),” said Judson. “We haven’t lost to a Tioga County team.

“That’s kind of how we approached tonight’s game,” he noted. “You have to take small successes out of this weird season, and that’s one of them.

“I would like to think we came out on top,” added Judson.