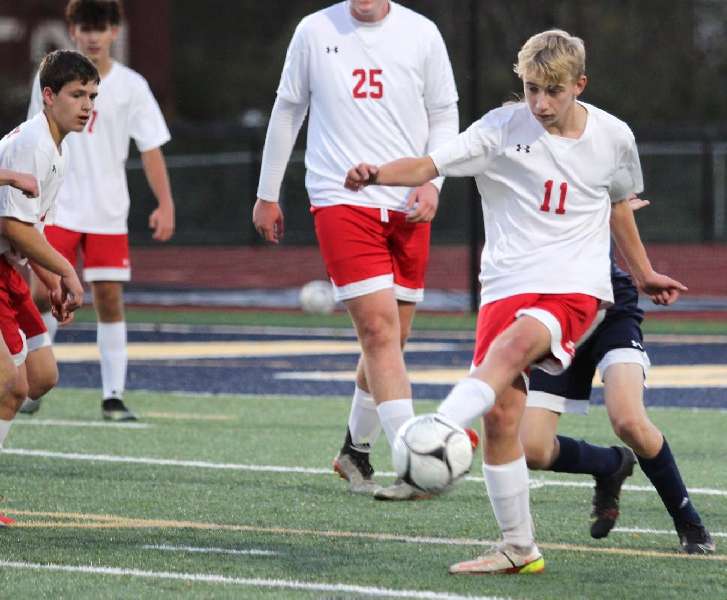 SUS VALLEY EDGES WAVERLY, 1-0, IN DOUBLE-OT IN CLASS B OPENER

CONKLIN — After 98 minutes of scoreless action, Susquehanna Valley’s Thomas Ricci netted the game-winner in 1-0 win over Waverly here Tuesday evening in the opening round of the Section IV, Class B boys soccer playoffs.

“The boys definitely rose to the challenge tonight,” said Waverly coach Eric Ryck, who led the Wolverines back into the postseason for the first time since 2016.

“I am so proud of them all, they played nearly 100 minutes of tough soccer, and it was some of the best they have played all season,” noted Ryck.  “They stayed composed, organized, and tough all the way to the end.

“They did everything in their power to win, but we got caught in tough sequence of events and it led to an unlucky goal.

“I really have no complaints, it’s been a great season for us, and I look forward to the future,” added Ryck.

Senior goal keeper Cameron McIssac finished his four-year career in net for the Wolverines with a stellar performance, recording 20 saves.

Susquehanna Valley had a 21-9 advantage in shots-on-goal in the contest, and a 4-1 edge in corner kicks.

Waverly finishes the season with a 7-6 record.