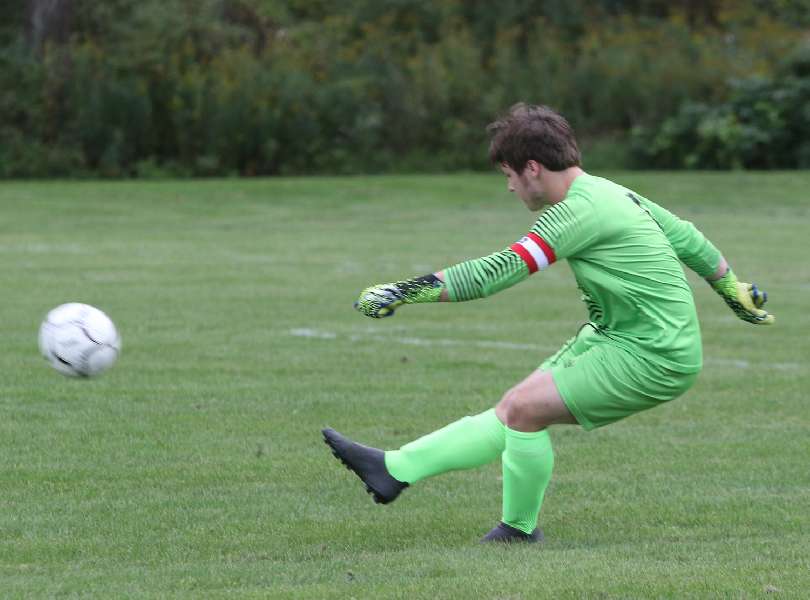 CANDOR — SVEC scored a goal in the third minute of the game, then added a pair of insurance goals late in the game in a 3-0 win over Waverly here Tuesday afternoon in IAC South Large School Division boys soccer action.

“The boys need to start playing with confidence, they are quality players, they have to start believing in themselves, and playing the soccer they are capable of playing,” added Ryck.

SVEC standout Jacob Banks scored in the third minute to give the Eagles a 1-0 lead.

After 54 minutes of scoreless action, Banks made it 2-0.

With 11 minutes remaining in the contest, Skylar Kwiatkowski padded the lead for the Eagles, making it 3-0.

Senior Cameron McIsaac recorded 15 saves in net for the Wolverines, while SVEC keeper Aiden Swayze had one save.