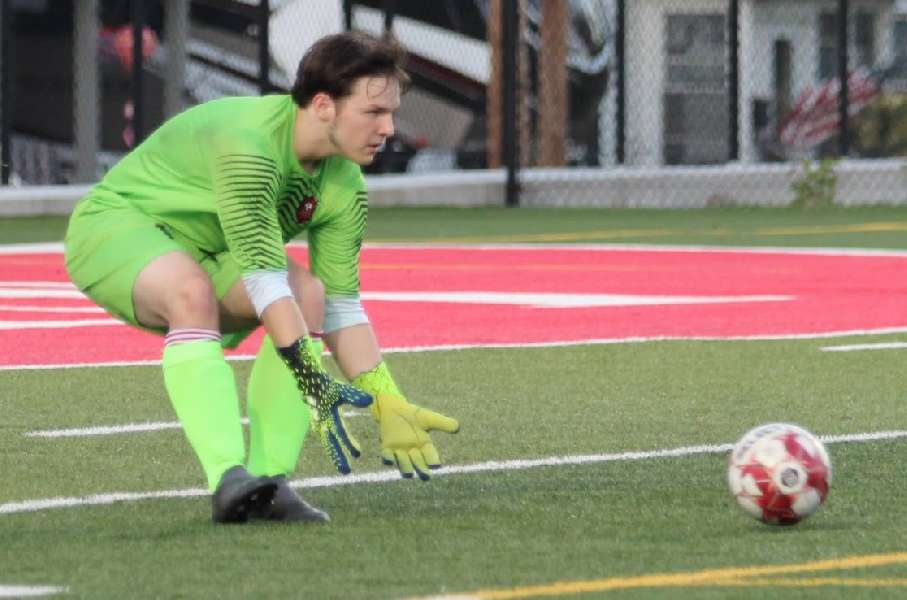 SVEC PULLS AWAY IN SECOND HALF; TOPS WAVERLY. 4-

“I was very pleased with our work rate and organization in the first half,” said Waverly coach Eric Ryck. “We were able to create some really good opportunities, and Griff (Schillmoeller) was able to put us up early.

“Unfortunately, (SVEC’s) midfield was really skilled and forced us to work very hard in the center of the park,” noted Ryck. “This wore us down, and we had some trouble keeping organized.

“When we created opportunities they ended up being very direct and we need to get better at getting the ball in the air and playing it at angles for our players to run on.

“All in all, there were a lot of good takeaways, and some good stuff for us to get working on,” added Ryck. “There’s a lot of soccer left to play, and I am looking forward to watching these boys grow together through the season.”

Schillmoeller gave the Wolverines the lead early, but Jacob Banks scored his first of three goals to tie the game at 1-1, which it where it stood the intermission.

Banks scored two more goals in the second half, sandwiched around a goal by Zeb Soper — off an assist from Banks.

SVEC had an 8-3 advantage in shots-on-goal. Both teams had one corner kick.

Senior Cameron McIsaac recorded five saves in net for the Wolverines, while Kody Gobel had four saves for the Eagles.