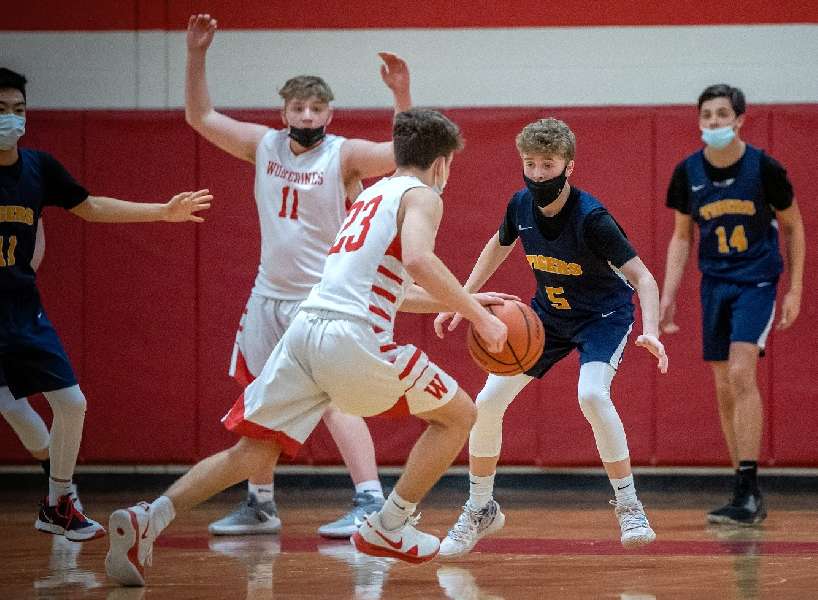 “I have to give Tioga a ton of credit,” said Waverly JV coach Michael Croft. “They seemed quicker to the ball, and it looked like this game meant more to them for the majority of the game.

“I also need to give credit to my kids in being down 10 in the final minutes and cut the lead to one with about a minute left,” added Croft. “Unfortunately, all our mistakes early on were just too much to overcome.”

Gavin Fisher scored six points, and Shea Bailey added four points for Tioga, but Waverly had four different players put their name in the scoring column, led by Nehemiah Anthony’s four points, and the game was tied 10-10 after the first eight minutes.

Bryce Bailey and Valentino Rossi scored six points apiece in the second quarter for Tioga, to offset five points by Waverly’s Keaton Anderson and four by Nate DeLill. The junior Tigers led 24-21 at the half.

Bryce Bailey canned a pair of 3-pointers, and Karson Sindoni added five points for Tioga in the third quarter as Tioga stretched its lead to 38-32 heading into the final eight minutes.

Isaiah Bretz buried a trio of 3-pointers in the fourth quarter for the junior Wolverines, and Jay Pipher added four points, but Sindoni and Fisher scored four points apiece in the final stanza to help preserve the win.

The two teams meet against Tuesday at Tioga.