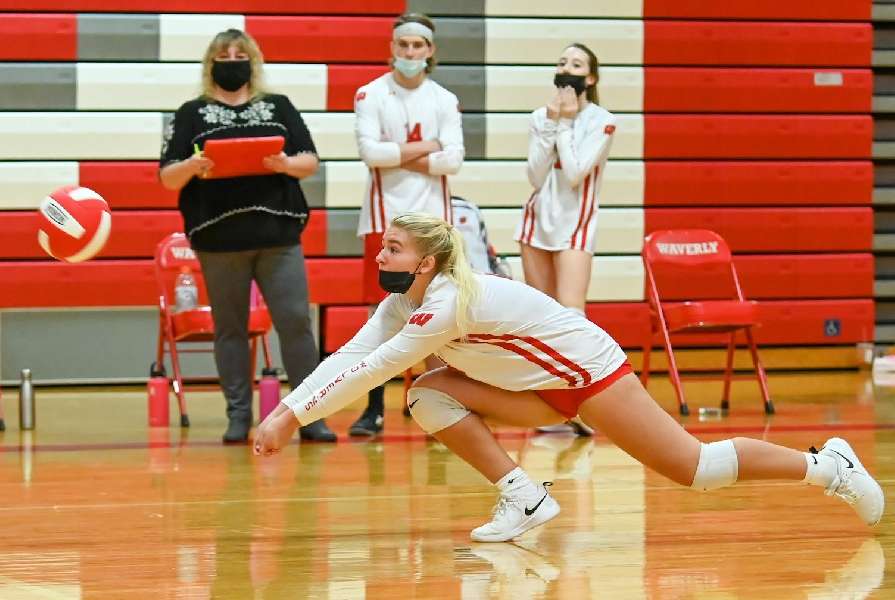 WAVERLY — Tioga stayed on track for its Small School Division playoff game at Candor with a sweep of Waverly here Saturday morning in IAC volleyball action.

With a win Monday at Newark Valley, Tioga will square off with Candor (at Candor) Wednesday for the IAC South Small School title. Waverly, now 5-9, hosts Watkins Glen Monday, then travels to Watkins Glen Tuesday to close out the regular season.