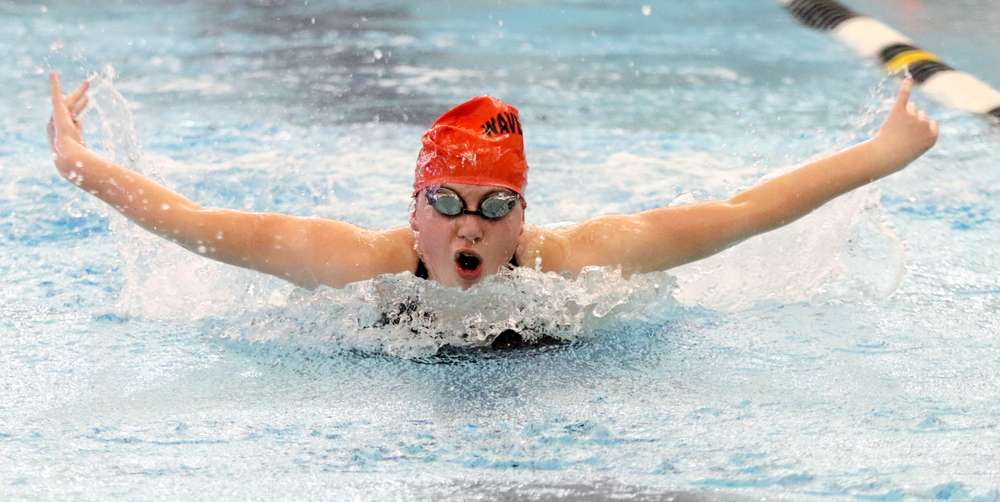 Watkins Glen won the team title with 435 points, while Lansing was runner-up with 346 points, Waverly tallied 271 points, Southern Cayuga was fourth with 243.5 points, Chenango Forks was fifth at 224.5, and Notre Dame was sixth at 214 points.

“The ‘Fall 2’ season was tricky to navigate,” said Waverly coach Amy Steck. “We are tremendously proud of these ladies and their level of dedication and commitment to the sport.”

Benjamin, Vascoe, junior Willow Sharpsteen, and DeSisti teamed to place fourth in the 200-yard medley relay in a time of 2:08.53.

The foursome of Callear, VanDyke, Bunke, and 7th-grader Mira Kittle teamed to finish sixth in the 400-yard freestyle relay in a time of 4:49.16.