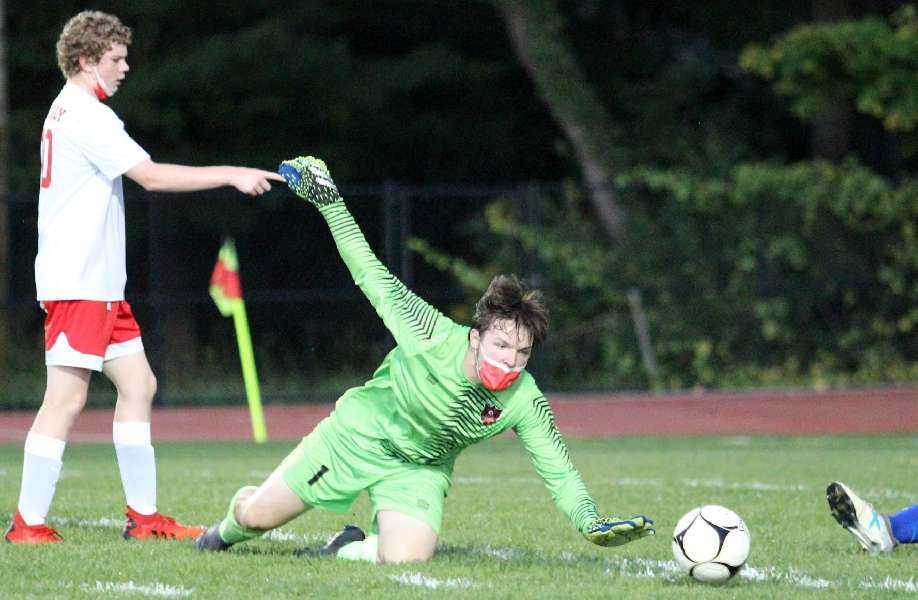 TRUMANSBURG 'WEARS DOWN' WAVERLY IN 4-1 WIN

“(Trumansburg) was able to score quickly on us in the first half to make it 1-0, but the boys tightened up and held them there for 65 minutes,” said Waverly coach Eric Ryck. “ The beginning of the second half we played some of the best soccer we’ve played all year.

“Cameron McIsaac had probably the single-best performance in goal that I have ever seen.  He had some really elite saves tonight and kept us in the game.

“Unfortunately, T-burg had a lot of depth on its bench and were able to consistently put in fresh legs, and in the end just wore us down,” noted Ryck. “They were able to create some one-on-one situations with our keeper, and there just wasn’t much he could do.

“We have some things shore up defensively, but all in all I am really pleased with our play tonight,” added Ryck. “The boys showed fight and effort that was very impressive. They kept the game within reach, and forced Trumansburg to work really hard to beat us.”

Nico Potenza scored in the second minute to give the Blue Raiders, now 5-0, a quick 1-0 lead.

In the 68th minute, Nick Angulo Stevenson put T-Burg on the board again, and less than a minute later Kugler Coffin extended the led to 3-0.

Sophomore Griff Schillmoeller put Waverly on the board in the 70th minute, off a feed from senior Brennan Traub, but Potenza answered less than three minutes later to provide the final margin.

Trumansburg had a 22-4 advantage in shots-on-goal, and a 7-0 edge in corner kicks.

Senior Cameron McIsaac recorded 18 saves in net for the Wolverines, and Colby Grove had three for the Blue Raiders.