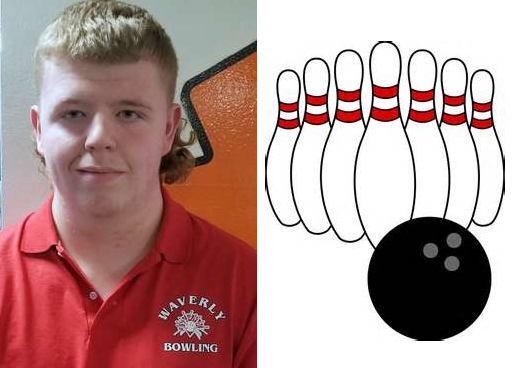 WAVERLY — Waverly sophomore Zach Vanderpool set a new IAC record with an 834 series to win the gold medal, and help Waverly to a third-place finish Saturday at the virtual league championships.

Sophomore Ashton Pritchard rolled a 488 for the Wolverines, while freshman Thomas Morley added a 479, and sophomore Landyn Gunderson tacked on a 478.