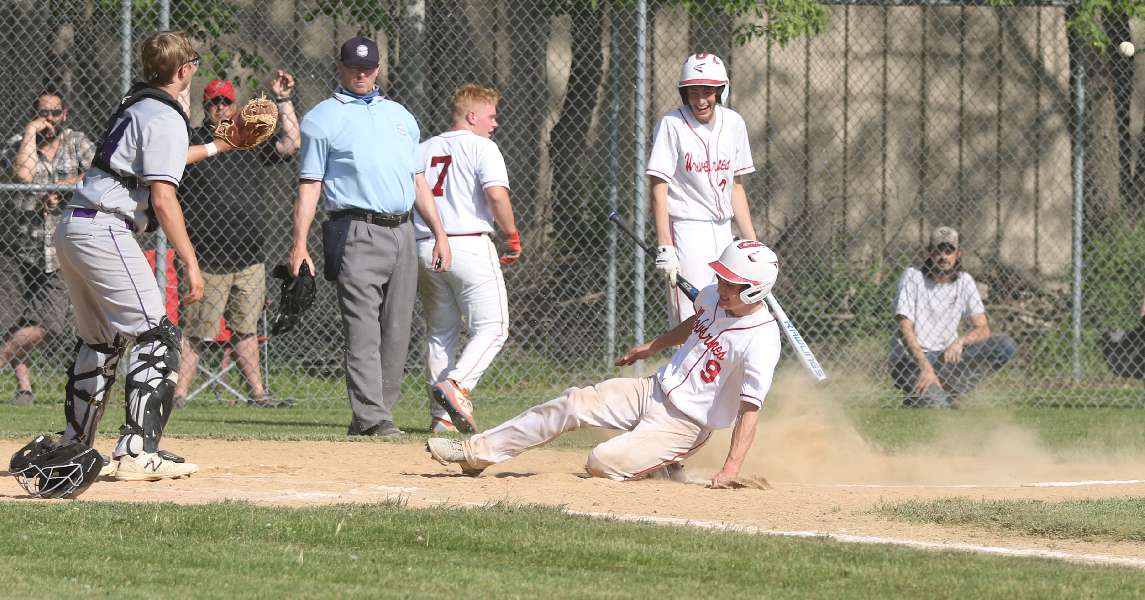 VanHouten allowed one run on five hits, while striking out seven and walking one in seven innings of work. He threw just 85 pitches.

The Wolverines trailed 1-0, but scored five runs in the second inning, and four more in the third to take a 9-1. They salted the game away with eight runs in the fifth inning.

Junior Brady Blauvelt added a single for the Wolverines, while VanHouten scored two runs and drove in one run, freshman Jay Pipher scored one run, and had two RBI, and juniors Caden Hollywood and  Derek Seymour each knocked in one run.